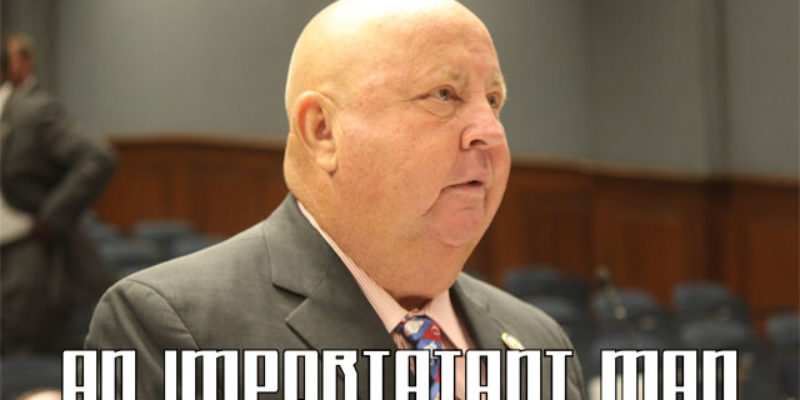 Yes, yes, that’s an obvious statement. But we have a fun exposition of how true it is, thanks to the miracle of Facebook.

Specifically, we bring you the social media postings of Democrat state representative James Armes of Leesville, who is a landscape contractor in his day job.

Hopefully, Armes is good at that. Hopefully he’s better at it than he is at communicating via social media. Here’s a taste…

The sentiment – picking up trash or helping to mow a high way as a showing of civic spirit – is a laudable one, though the constant demand for increased taxes on the public from a greedy and wasteful welfare and regulatory state is singular in its ability to sap that civic spirit out of the people most necessary to the success of civil society.

That said, Armes is no Chaucer. He’s not even John Grisham. The prose is lacking.

And is he sure he’s comfortable making so strong a statement that the USA is the greatest country in North America? That’s bound to infuriate the Canadians, and frankly, Belize might well slap Louisiana with economic sanctions in protest of Armes’ provocatory remarks. 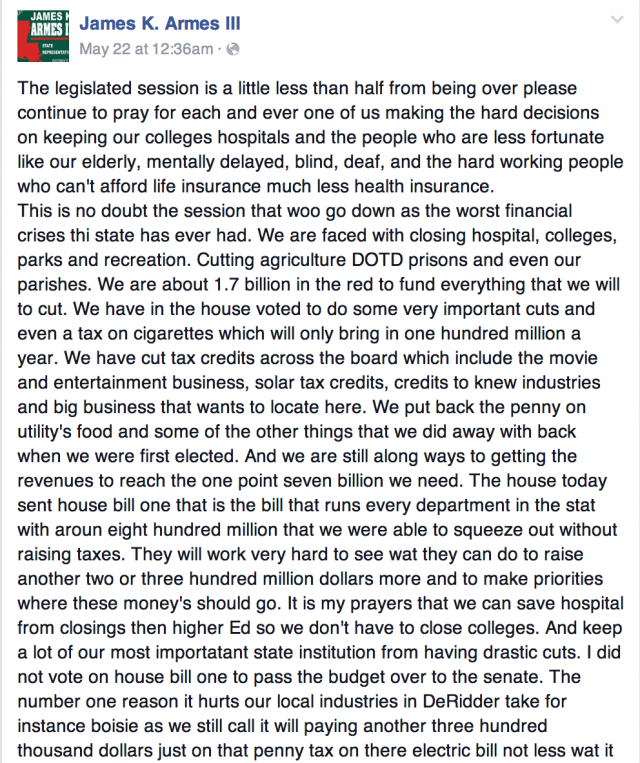 In vino veritas? Perhaps – you get a bit more truth than paragraphs or punctuation from Armes after midnight, to be sure.

Assuming it’s truth, of course, and assuming Armes even has a clue whether what he’s saying is accurate. That could be generous – it isn’t like he’s making a very cogent argument here.

As said above, Armes is a Democrat. As such, he’s less “importatant” in the House than a lot of the Republicans who make up the majority. But as raising taxes used to be considered a Democrat policy until this year’s legislative session, one could argue Armes’ attitudes are fairly reflective of the body.

And given the chairman of the Appropriations Committee’s abject failure to answer simple questions as to the source of the state’s funding on the floor of the House, one can’t quite say that Armes’ colleagues are significantly more articulate than he is in explaining the poor performance of the legislature this year.

When the team is losing, it usually indicates the players stink. This situation isn’t much of an exception.