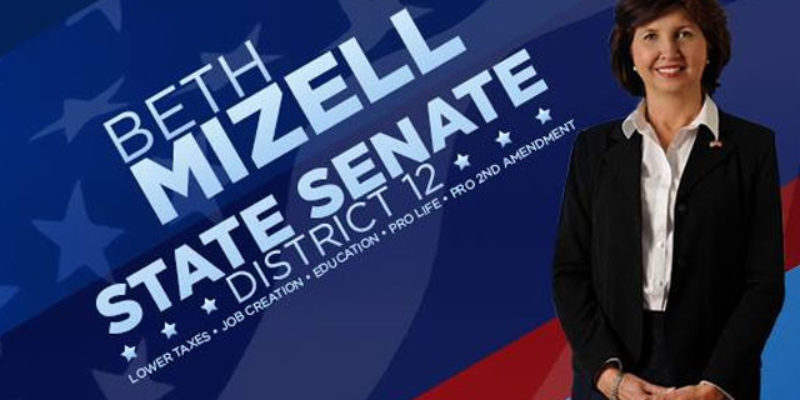 A presumed legislative semi-rematch from 2011 serves as a microcosm of whether Louisiana Republicans fully consolidate their status as the majority party in the state, whether Democrats lapse into relevance only as a regional force based on ethnicity, and whether the political culture truly has transformed.

Last week Republican Beth Mizell, narrowly-defeated in 2011 against Democrat state Sen. Ben Nevers, announced she would have another go at that seat. That loss of around 400 votes took many by surprise, and not just because Nevers in his first try in 2003 had won without having to contest a runoff (the Republican, who polled only half of Nevers’ total, withdrew) and followed that up winning reelection unopposed in 2007, but because Democrats are burrowed in like ticks on a neglected dog in the epicenter of the district, Washington Parish.

Because of that, Mizell will not be a slam dunk to succeed the term-limited veteran legislator, who also served a term in the House prior to his Senate election. Almost certain to try to hang onto the seat for Democrats is Nevers’ successor, now himself term-limited in the House, state Rep. Harold Ritchie. Together, the two have served as therecent backbone of the Washington Parish part of the party; Ritchie’s wife Patsy serves on its executive committee, and his brother serves on the Bogalusa City Council, while Nevers’ political ally and confederate in trying to build a reservoir in the parish while having barely arms-length business relationships with the effort Charles Mizell (if there’s some kind of distant relationship between him and Beth Mizell’s late husband’s family, I don’t know of any, even if both are from Bogalusa), served as Bogalusa mayor.

Yet times are changing, and not in the direction Democrats would want as Beth Mizell’s showing in 2011 indicated. While elections last year in the dominant jurisdiction in the parish, Bogalusa, returned Democrat majorities in both the school board and city council contests – the city is roughly 50/50 white/black – at-large city councilor Wendy O’Quin-Perrette led in the mayor’s race after the general election and Charles Mizell conceded. In 2010, both black candidates for that post got cleared out (disqualification and withdrawal), allowing the white Democrat to win. But in 2014, the black Democrat who withdrew stayed in, split the vote, and in all likelihood a scandal from defrauding the federal government by Mizell’s son had negative spillover effects to cause a poor showing for the one-term incumbent. Somewhat significantly, O’Quin-Perrette, who had previously run as a Democrat, ran as a no-party candidate on this occasion.

In some ways, Washington Parish encapsulates the state as it was a decade ago. Its population is two-thirds white, with most of the remainder black, and that total barely growing, in part because of the slow loss of population in Bogalusa. Its voter totals show almost 70 percent white registration, 60 percent Democrat registration, and of Democrats almost 60 percent white. With a strong Democrat organization still mostly led by whites, the party continues to monopolize politics in the area.

But for it the problem is Senate District 12 looks much more like the state as it is now. Mizell came close last time because, even as she lost Washington by 1,500 votes, she more than doubled up on Nevers in the small part of the district in St. Tammany Parish, winning that by 2,000. A thousand-vote margin in Tangipahoa kept him in in office, but it is the St. Tammany part that is growing the fastest. And while Ritchie’s name recognition in Washington will help him there, Mizell will have more in the other parts of the district from her previous run, negating the entire name recognition advantage that Nevers had four years ago.

That Democrats’ advantage has deteriorated should come as no surprise. When Never got first elected, he was considered a “conservative” Democrat for his views on social issues, and followed that standard playbook of publicizing those preferences to offset populist economic views that became increasingly liberal. This session, both Nevers and Ritchie have championed through bills a ruinous oil processing tax, with Nevers also stumping for Medicaid expansion and other tax increases while Ritchie has done the same and been the foremost proponent of increasing the cigarette tax and unwisely dumping the proceeds into general government. Through increased channels of communication and a candidate of Mizell’s quality willing to publicize information about the issue preferences of Democrats, voters have become increasingly skeptical of white populist Democrats like Nevers.

That Democrats have managed to hang on in this backwater also should come as no surprise, given their organizational strength and historic inertia. Above all else, Nevers won because his incumbency and partisan ties, with state Democrats pouring in nearly $30,000 to his campaign, made him a money magnet, and also because of local organization. Statewide Republicans gave Mizell slightly more, but she didn’t spend much more than that, and his quarter million bucks in expenditures for 2011 annihilated her $35,000 or so.

However, with over $71,000 on hand at the end of 2014, she already has raised more than she did in the 2011 cycle, and Ritchie, with only about $18,000 banked away, will not have nearly the incumbency resources to draw upon as did Nevers. Thus, the only way he can best her is to rev up the Democrat local organization, where numbers in Washington still favor him.

So there it is. As the organization’s power has continued to erode, the question is whether it retains strength enough to resist the larger tides of the obvious partisan shift in Louisiana as a whole. More specifically, the upcoming election renders a verdict as to whether Democrats have any hope of operating as a majority party by their ability still to attract white voters. As such, this serves as metaphor for the entire state. Hang on here and Republicans cannot be said to have the ability to pursue an anti-populist, conservative agenda in the state, at least yet. If not (with expected unanimous GOP wins statewide and with legislative majorities aided by its win here), the endgame of cultural transformation will commence, shaping the state’s politics for decades to come.

Interested in more national news? We've got you covered! See More National News
Previous Article I Have A Question For Equality Louisiana
Next Article FIREWALL: Progressivism’s Empire Of Lies