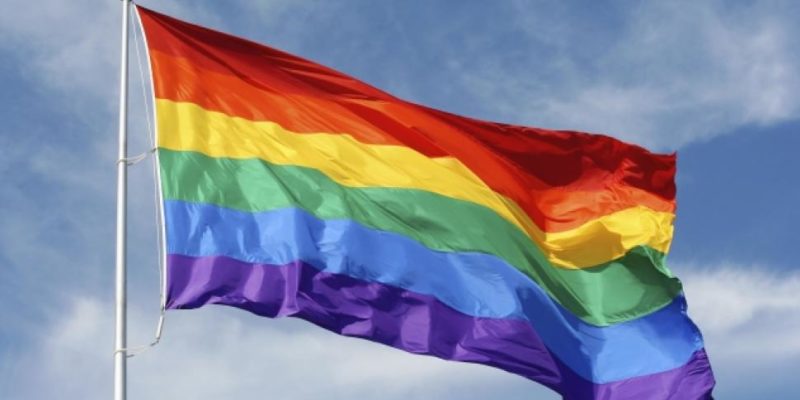 Essentially what Johnson’s legislation will do is prohibit the state from discriminating against individuals who disagree with the state’s definition of marriage, whether that view be traditional marriage or a definition that includes gay marriage.

Naturally, Johnson’s legislation has been mis-characterized by Equality Louisiana as hurting the business community and inidividuals here in the state for somehow institutionalizing discrimination. That, though, is simply not the case.

All Johnson’s legislation does is make it impossible for the state to infringe on the thinking and private business practices of an individual, an idea that the gay community should actually get behind.

Knowing Equality Louisiana’s hard-stance against Johnson’s legislation, we have posed this question to the gay advocacy group at the Hayride: Does Equality Louisiana condone the fining of private business owners by the state because they refuse to service gay nuptials?

All over the country, there is a number of business owners being fined by the state because their faith tells them that the definition of marriage is between a man and a woman. Keep in mind, that President Obama held this same view just a few years ago.

So is that hate or discrimination? Or is it simply an individual practicing their faith and making business decisions with their faith-based conscience?

For example, the Oregon ‘Sweet Cakes by Melissa’ bakery refused to make a wedding cake for a gay wedding. Now, if the free market were allowed to work issues like this out, the gay couple could take their business elsewhere and then spread the word about how the bakery does not service gays.

What is happening, though, is that the state is likely to fine the bakery $135,000 for not wanting to bake a cake because their Christian faith teaches them, not to hate gay individuals, but that marriage is between a man and a woman.

Is this what Equality Louisiana views as “equality?” Is this how the state should treat individuals who disagree with the definition of marriage?

When we posed these questions to Equality Louisiana last week on Twitter, we never received a response. Take a look: 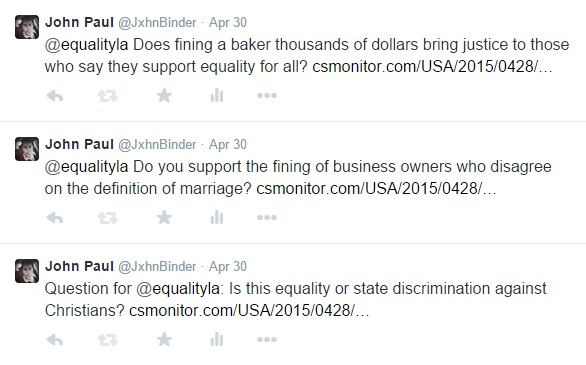 Despite the argument from Equality Louisiana that the state not having control over an individual’s right to do business with whomever they want and think freely when it comes to the definition of marriage, what actually hurts business and individuals is when the state steps in and says ‘You can’t think that way’ or ‘You can’t do business that way.’

Being that the gay community has had to put up with being disregarded by the state and larger federal government for decades, it is odd that supposed gay advocacy groups are so quick to defend the very state that they believe discriminates against them when it comes to being able to be married.

For instance, without legislation like Johnson’s, what is to say gay business owners cannot be fined by the state for refusing to provide services to any radicalized faith group that adamantly opposes the existence of homosexuality in culture? Shouldn’t these gay business owners have the ability to say ‘Excuse me, but you can take your business elsewhere’?

Why do gay groups like Equality Louisiana stick up for the state that has all but ignored their input until just the past few years?

If anything, the gay community should be the least-likely to put more faith in the state. It is the individual and that individual’s right to think freely without retribution by the state that gay advocacy groups should be sticking up for, but that is not what we have seen from Equality Louisiana.

As Mike Johnson said a couple weeks ago, we just need to get along. Therefore, coercion by the state should be something of the past. We are all better off that way.

And now we will patiently wait for a response from Equality Louisiana.