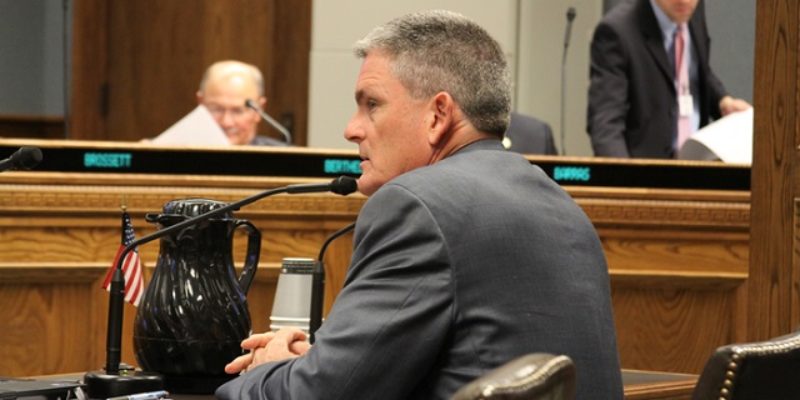 Just before the first Common Core related bills were set to be heard by the House Education committee today, negotiators announced a compromise on the standards. Here are the details according to the Times-Picayune:

Under the compromise, Louisiana’s Board of Elementary and Secondary Education would start developing English and mathematics standards in July. It’s not clear how different these standards might be from the ones currently in place through Common Core, or how testing might change. The board has already scheduled its own review.

But the public would then have a chance to weigh in on the proposed set of standards through a series of public meetings held in each of the state’s congressional districts some time before next spring. BESE would also be required to follow the Louisiana Administration Procedures Act when adopting the new standards — which requires a certain amount of public notice and a comment period. The changes respond to anti-Common Core activists concerns that the current academic benchmarks didn’t receive enough of a public vetting.

The state education board would post the new academic standards on its website by February 21, 2016. The standards would be officially adopted in March 4, 2016. The next, newly elected Louisiana governor would have a considerable say over whether the new standards are adopted next year — a power Jindal doesn’t currently have. If he didn’t like the standards, he could reject the educational benchmarks wholesale and ask BESE to rewrite them again.

So far, so good. The Legislature won’t be able to scrap Common Core for the upcoming school year and we won’t be reverting to the weaker pre-Common Core standards. We’re actually going to develop new, presumably tougher, Louisiana standards with parental, legislative, and gubernatorial input. The standards will be crafted in the sunshine and not in a smoke-filled room. Almost everyone is on board, right?

Judging from what I’ve seen on Twitter so far, it appears that it is the case.

Everyone has agreed to use a test that is — at most — 50 percent PARCC questions. #lalege #LaEd

House Ed. Comm. leader Steve Carter praising Geymann. Traditionally they have been on opposite sides of the #CommonCore debate. #lalege

The compromise is a big win for Common Core supporters. It remains (mostly) in place for the 2015-16 school year and it’s a good possibility the new Louisiana standards will be heavily influenced by them. The opponents of Common Core win as well because the new standards will have parental and legislative involvement. Finally, there will be no drastic changes or weakened standards for Louisiana’s students in the meantime.

The only loser is Bobby Jindal. He won’t be able to go to Iowa and claim he killed Common Core in Louisiana like he was hoping to do. That’s why his office are the only ones crawfishing on the deal. I also expect the The People, LLC; which is the embodiment of the kooky anti-Common Core cult, to come out against it as well.

If the new standards don’t hit any snags, they could be in place by the 2016-17 school year. In the meantime, Common Core (mostly) remains in place until then.

UPDATE: Here’s a fact sheet on the compromise being distributed by the Louisiana Department of Education.