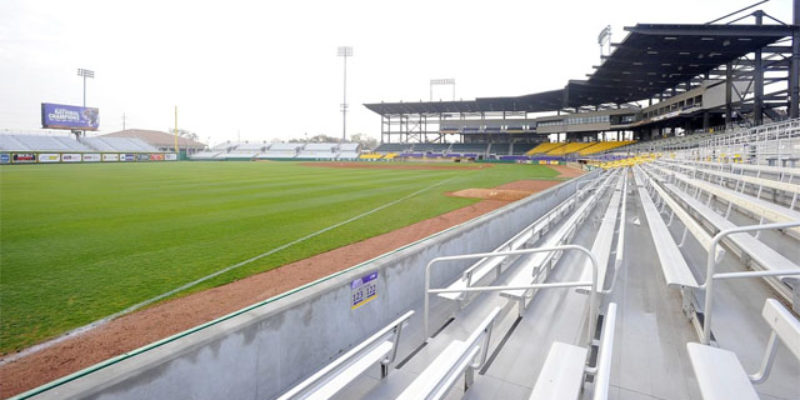 I was waiting yesterday for a message board thread, Facebook explosion or some other manifestation of the old and tired gripe about how terrible it is that state legislators get to buy tickets to LSU’s Super Regional. And I was disappointed not to run across one.

Ah, but this morning that changed. Comes one Scott Rabalais of the Baton Rouge Advocate to man the barricades…

I hate to see politics mixed with sports (or anything, really), but at times like this my populist tendencies really come out. To me, the chance to snare some of the precious few available super regional tickets should be an equal shot for everyone. That includes lawmakers who have yet to prove they can deliver a brighter economic future for Louisiana higher education during the current legislative session.

So, Mr. Senator and Mr. Representative, if you want a pair of tickets to watch the Tigers and Cajuns battle it out, get out there early Saturday afternoon a few of hours ahead of the 7 p.m. first pitch and stick a couple of fingers in the air.

I’d say we’ve made our Screw The Legislature bones on this site, so I’m qualified to say “shaddap already” to Rabalais.

Here’s the thing – two years ago, when LSU had Oklahoma in Alex Box Stadium for a super regional, I ended up getting tickets from a state legislator.

They were pretty much the worst seats in the house. Here was the view… 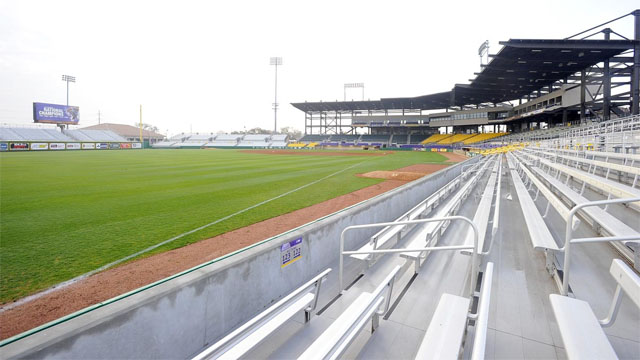 Yes, it’s nice to be able to get into the stadium for a big event like a Super Regional between LSU and ULL. But it’s not like these guys are getting into the Champions Club or the suites. They’re getting tickets you can buy at the box office on the day of the game pretty much every night during the regular season.

It’s not that big a privilege. Frankly, the leges could take Rabalais’ advice about sticking two fingers up and end up with better seats than this. And the vast majority of them do; when I sat in those seats two years ago I didn’t see any leges in that section. Those tickets were in the hands of constituents and friends.

Not lobbyists, either. Lobbyists have far better connections than to sit in Section 123. You won’t find Jim Nickel or Ryan Haynie among the proletarians.

And the idea that LSU would tell the leges to pound sand might be nice, but before LSU can do that it’s going to need to make some major changes to its attitude about the legislature.

When you spend the spring screaming and bitching about how much money you get from the state’s general fund, you are going to extend to state legislators small privileges like regional tickets for sale. You are not going to cut them off when you are begging at their trough.

State legislators are people, and as we’ve seen most of them aren’t particularly heroic people. It’s not smart to poke them with a stick when you want something for them.

Your typical legislator just voted to raise the better part of a billion dollars in taxes so as to make sure LSU’s budget doesn’t get cut, and he’s got to run for re-election this fall. If you’re LSU you raked him over the coals to get that tax increase rather than ask him for the freedom to price your product to what the market would bear and run your operation with less interference from the state bureaucracy in order to run more efficiently, you’re not going to then tell him that you don’t owe him a chance to buy the lousiest tickets you have to a super regional.

It doesn’t matter whether it’s right. It’s reality. And it’s a dopey controversy to begin with.

We don’t have enough good people in the state legislature. We have what we’re paying for, which isn’t a lot. You start eliminating perks and benefits of being a legislator and you’ll get even less people interested in running for office. We’d all prefer it if the people in those positions were in it for reasons other than getting baseball tickets, but they’re human. They can do other things with their time which generate perks and benefits a lot greater than the legislature provides, and if they decide to do so you’re not going to replace them with angels and geniuses.

A few seats in Section 123 is a small investment for LSU to make. If Rabalais wants to cut the legislature off, then he can also come out for LSU to be solely funded by its customers rather than the taxpayers those leges represent.