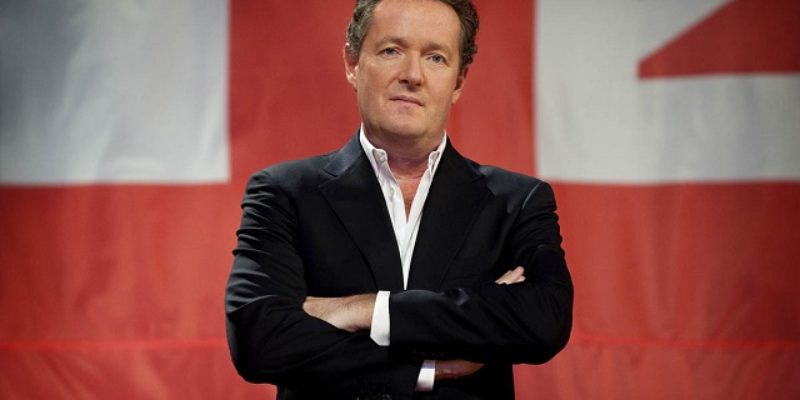 Piers Morgan, who is an even worse British export than One Direction and Russell Brand, took to Twitter today to tell us Colonials how he we need to address our racial issues in this country. In doing so, Piers found another American right that he hates almost as much as the right to keep and bear arms, the right to free speech.

What would I do with white people who use the N-word? Jail them.

Naturally, uppity Colonials didn’t take too kindly to the idea of suppressing free speech. The resulting thread has gone down in history as the derpiest thread in the history of Twitter.

@piersmorgan what about black people who use the N word? Is it not racist to treat people differently for using the same word coz of race?

@piersmorgan So black people can use it but white people can't? RACIST

@piersmorgan fine them. Also fine the blacks who use the same.

.@piersmorgan The day we can jail people for being a total douche, you're gonna start serving eternity in the Phantom Zone.

I wanted to ask black people if it's cool to sing along to DMX. But I'm glad Soul Brotha #1 @piersmorgan clarified it for me.

What was the failed CNN host and wannabe soccer commentator’s justification? South Africa does it:

In South Africa, use of the K-word is illegal and people go to jail for it.
This is not a new idea, and it works. https://t.co/OVpFobmM9R

Looking back in history, The Hayride wonders if Piers would’ve jailed some of the following:

The way to defeat offensive speech and offensive ideas is by more speech and ideas. Passing laws against them just merely drives it underground. Also, when you pass laws against speech, it restricts what kind of ideas can be expressed. It lays the groundwork for suppressing more ideas.

There’s a little something that separates America from the rest of the world, that’s our liberties. Piers Morgan should learn to appreciate American exceptionalism instead of trying to transform us into every other country on the planet.

Interested in more national news? We've got you covered! See More National News
Previous Article This LSU Alum Has It All Wrong On Cultural Racism, Millennials And Dylann Roof
Next Article WAGUESPACK: Do Your Job