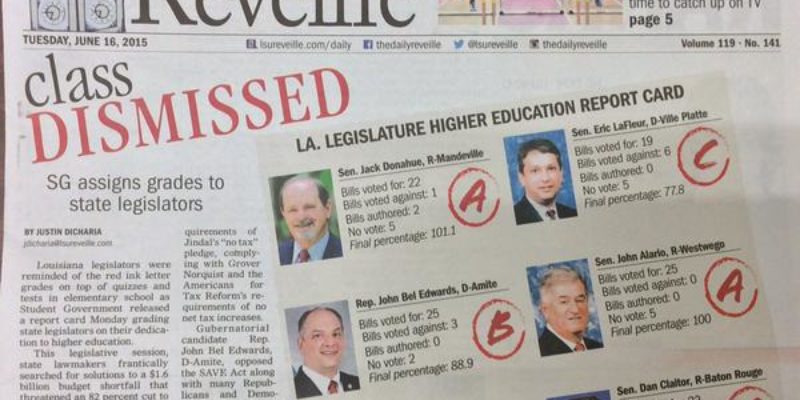 The madness has not ended.

Louisiana Democratic Chairwoman Sen. Karen Carter Peterson (D-New Orleans) is proving herself to be a cry-baby that cannot handle the slightest bit of opposition.

However, Peterson’s Twitter panic did not end yesterday. Today, she is still going at it, attacking LSU student government member Zack Faircloth for the report and asking that the university’s president denounce the report card.

Here are her tweets from today: 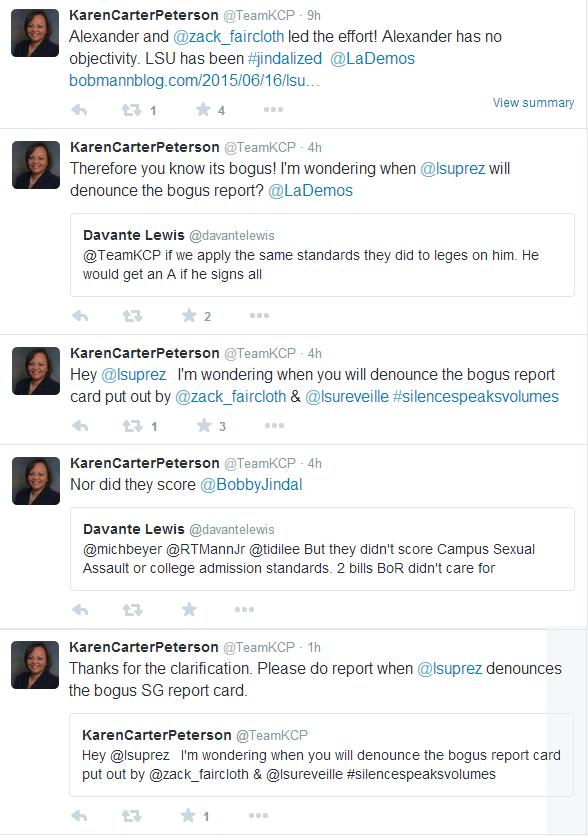 This is what occurs when the local media in the state never, ever reports anything to the contrary of Democrats like Peterson. It makes politicians believe that they should have control over what is reported and what is not.

The LSU Daily Reveille had to later tweet Peterson, telling her that they were simply reporting what the university’s student government association released.

Apparently, opposition is too much for Peterson though. And is it truly professional for the chairwoman of the LA Demos to be attacking a member of the LSU student government association?

Its no wonder the Democratic party has fallen in the state under her leadership.

Interested in more news from Louisiana? We've got you covered! See More Louisiana News
Previous Article Low Popahirum, June 17, 2015
Next Article How Bobby Jindal Screwed Up On The SAVE Act In One Picture