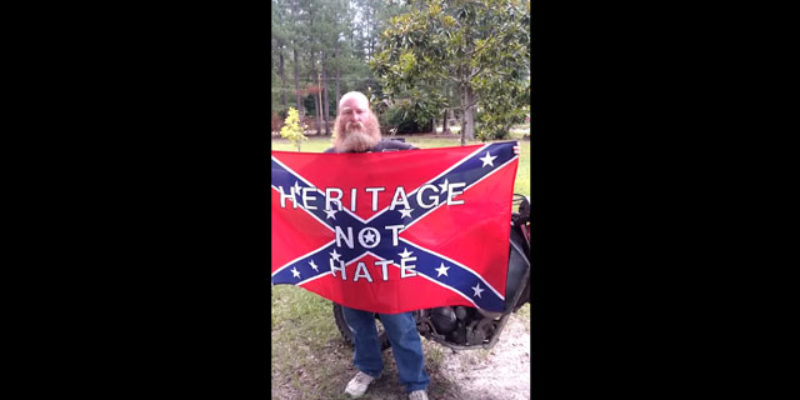 It was only a matter if time before people started playing the Alinsky Rules For Radicals from the other side of the political fence, and this is a perfect example.

Alinsky’s Rule #4: Make the enemy live up to their own book of rules.

So when the bakery at the Wal-Mart in Slidell, Louisiana refuses, per new company policy banning all Confederate flag items to be sold in its stores, to bake a “printed” cake with the Confederate flag on it, an incensed customer then makes another request for a printed cake with something even more controversial – the ISIS battle flag.

And the Mensa semifinalists working at the bakery, who probably don’t even know what the ISIS flag is, just go right ahead and make it. Which gives the guy in the video his chance at 15 minutes of fame, and the corporate PR people at Wal-Mart a colossal poopstorm to deal with.

When we found this video it had over 339,000 YouTube views, and that was from Saturday to Monday morning. It’s already viral and it’s a matter of time before it blows up all over the internet and on cable news.

We look forward to more of this. There are a lot more Americans who don’t go around looking to bans non-politically correct things as “offensive” than do, and when people who aren’t Social Justice Warriors start engaging in the tactics the SJW’s do they displace a lot more water.

As for Wal-Mart, they’ve brought this on themselves.