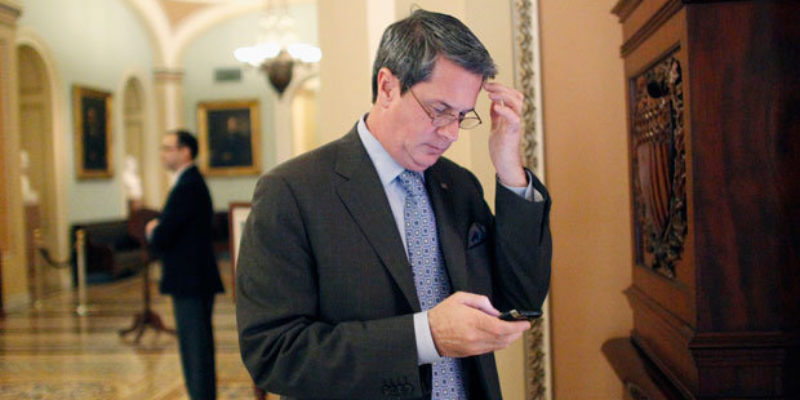 You might have seen the Rose Garden press conference the president called after the Supreme Court’s indefensible SCOTUScare ruling today. If you haven’t, it might get under your skin a little…

The smugness. We know.

At least one political figure of local renown wasn’t quite as pleased with the ruling today, and Sen. David Vitter took particular issue with Obama’s glee…

The problem is that the GOP leadership in the House and Senate, despite vowing to fight “tooth and nail” to get rid of Obamacare, has taken a government shutdown off the table and therefore has no leverage to do anything to remove the law, because Obama has the ability to veto any of the regular repeal bills they might pass, and he’ll veto any budgets which zero out Obamacare’s funding. Without the threat of a shutdown there is no means by which Congress can get rid of it.

So other than bitching about King v. Burwell and the underlying ACA, there is nothing anyone can do until 2016. And as a conservative voter you’re just going to have to take it.

Which is not a slam at Vitter. But if he gets elected governor next year, then what’s he going to do to fight Obamacare? Does he just accept it as a fact of life, or are there actions he’ll take to fight it “tooth and nail” with more effectiveness than the babbling Congressional leadership has?

It’s worth asking that question not just of Vitter but of the other Republican gubernatorial campaigns as well.