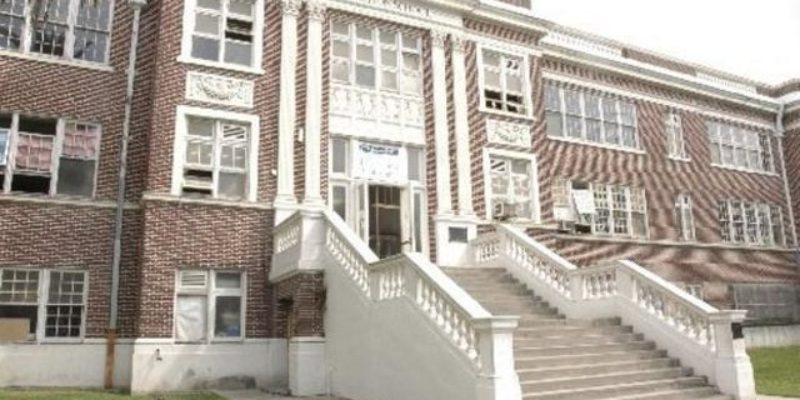 No we’re not making this up. In the 1990s, there was a controversy over school names in New Orleans. Various civil rights groups wanted to rename the schools in New Orleans that were named after slave owners.

The Orleans Parish School Board, which was an abysmal failure at educating black children even then, agreed to create a process where names would be changed. As the Times-Picayune recounted in a story today, there were plenty of famous people whose names were taken off of schools simply for the fact they owned slaves.

That began to change in the early 1990s. The Afro-American Liberation League and other groups were pushing the Orleans Parish School Board to reconsider those names plus several others, including the dozens of schools named for the slave-owning, 19th-century landowner John McDonogh.

That board listened and, just before its term ended, voted in December 1992 to enact a school-naming policy that stripped buildings of the names of historical slave owners. But to do so, a majority of each school’s teachers, parents and students first had to agree to it.

The new policy set up a steady renaming of public institutions in New Orleans that stretched the decade. And it didn’t keep only to those institutions named for defenders of the Confederacy. George Washington Elementary School on St. Claude Avenue, named for the nation’s first president and a slave owner, was changed Charles Richard Drew Elementary School after a black surgeon who fought to desegregate blood transfusions.

The policy also targeted black slave owners. The school named for Marie Couvent, who founded an orphanage in New Orleans in the early 1800s, was renamed after the civil rights lawyer A.P. Tureaud.

John McDonogh, George Washington, Jefferson Davis, and Marie Couvent were not the only ones who were disappeared as unpersons by the Orleans Parish School Board. P.G.T. Beauregard, Robert E. Lee, William C.C. Claiborne (first Governor of Louisiana under American rule), and Etienne de Bore (first Mayor of New Orleans under American rule) had their names removed from school buildings in the city.

For those worried that the cultural cleansing won’t stop at symbols and personalities of the Confederacy, here’s proof from New Orleans that those fears are warranted.