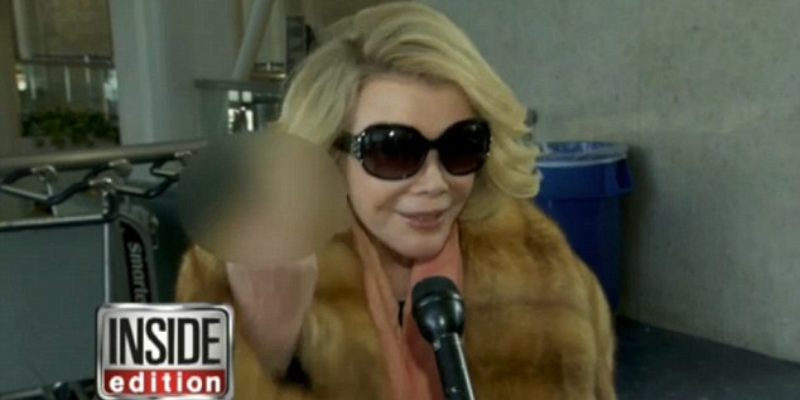 To the Left, anytime an individual is laughing, they are laughing at the expense of an oppressed minority that must be liberated from the shackles of ‘institutionalized racism’ that has somehow continued to creep into contemporary culture.

Instead of laughing, the Left just likes to complain as to why other are laughing. And, they never stop there. The Left always attempts to attack and silence the perpetrator producing all the laughter: the Comedian.

Most recently, we’ve seen Comedy Central funny-girl Amy Schumer be reprimanded and practically assaulted by the politically correct police. Liberal claim that Schumer has a history of being ignorant on the issue of race in her stand-up comedy.

This prompted Schumer to respond to the attacks of racism on the Left via Twitter. Here’s what Schumer said: 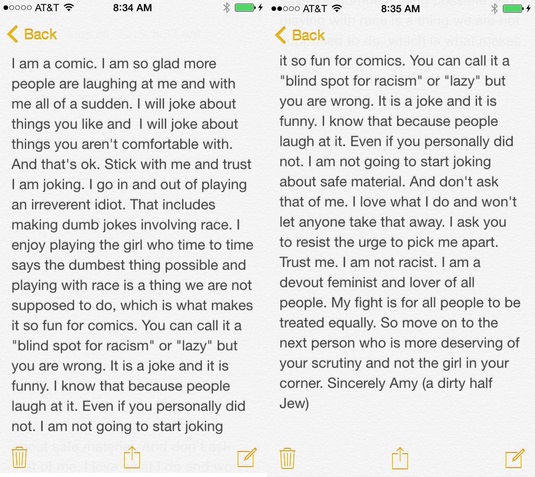 The saddest part of the entire Amy Schumer racism controversy is that the female comedian actually has to defend to the Left that she is a comedian and that her job is to be politically incorrect while making the public laugh.

Schumer’s approach to the Left is far different from that of the great American comedian icon Joan Rivers, who always just flipped the bird to the Left when they took issue with her jokes about Barack Obama being gay and Michelle Obama being a transvestite. Take a look:

Rivers never bowed to the politcally correct police, unlike some of her counterparts who were threatened with their jobs.

Earlier this year, after Rivers had passed away, E! News’ Giuliana Rancic made a joke on Fashion Police about young starlet Zendaya looking like she smoked marijuana because she had long dreadlocks, similar to those of Bob Marley’s.

With that, Rancic was annihilated by the Left on Twitter, with other celebrities coming out to demand that Rancic apologize. Even Zendaya released a statement saying that Rancic was perpetuating racism with her funny remarks.

See, the difference between Rivers getting away with comedy was that she was a comedian and Rancic is not. Nowadays, unless you have “Comedian” written on your official tax returns, do not even try to make a joke publicly because you will be attacked by the Left as a racist, sexist, homophobe or Islamaphobe.

But, the Left’s attack on comedy did not just recently start. It has been going on for years.

Back last year, Sen Harry Reid (D-NV) propped up a piece of legislation that liberals have been wanting to pass for years. Essentially, Reid’s legislation would have possibly outlawed television comedies like Saturday Night Live (SNL) from making fun of political leaders and the United States government.

See, when conservatives get made fun of, they accept it. Like when Tina Fey famously impersonated Sarah Palin perfectly around the 2008 elections, the public loved it, including Palin, herself.

But, when liberals are made fun of, like Hillary Clinton, they complain later about how the media is out to get them and discredit their reputation. Likewise, other liberals will jump on board and decry the comedy as tasteless.

God forbid, however, a comedian make fun of Obama or Michelle Obama. That’s essentially murder to the Left.

Comedy is not politically correct, nor should it ever be. That’s something the Left needs to get over and stop trying to ruin the fun for the rest of us.

Interested in more national news? We've got you covered! See More National News
Previous Article New Orleans’ Murder Rate Is Not What You Think It Is
Next Article The Battle For House District 75 Is Starting To Heat Up In Washington Parish