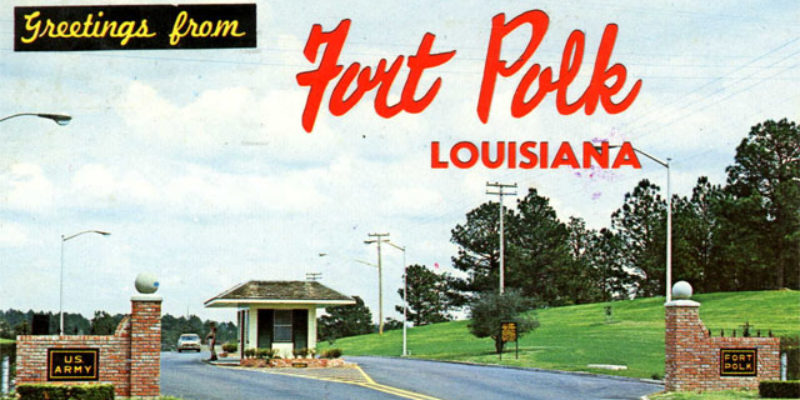 Editor’s Note: A guest post from David LaCerte, Secretary of the Louisiana Department of Veterans Affairs

While it does not make sense to cut a single soldier from the Army’s premier training ground in Fort Polk and the Joint Readiness Training Center (JRTC), the reduction of 388 troops to Fort Polk as announced on Wednesday reflects a best case scenario for Fort Polk and all of Louisiana.

Fort Polk has faced repeated threats in proposed troop reductions over the past several years. It seems as though fending off these proposed cuts has become an annual occurrence due to budget sequestration and the Army 2020 plan to reduce troop strength across the entire Department of the Army.  This instability has slowed economic growth in the region since Fort Polk and JRTC is the largest non-state government employer in the entire state of Louisiana.

The good news is that Fort Polk yet again beat the odds, outperformed peer installations, and received a 4% cut instead of the proposed cut of greater than 50%, which would have resulted in a devastated central Louisiana economy. This victory would not have been possible without the efforts of community and state stakeholders.

Groups like Fort Polk Progress and the Louisiana Military Advisory Council (LMAC) worked hard to improve our footing outside the gates of our DOD bases and fund projects such as new schools, roads, and infrastructure upgrades.  We advocated tirelessly to transform Louisiana into an innovator in passing state legislation supporting our military and our military families. Louisiana has truly become the premier host state for our nation’s military.

However, if Congress does not act before this October, the automatic budget cuts known as sequestration will be triggered. The Army will cut troop strength yet again by another 30,000 soldiers. Such deep cuts will be nearly impossible to escape for Fort Polk. Many military analysts believe the resulting troop strength will render the Army unable to meet current deployment obligations, let alone an increase in the demands of fighting ISIS or any other enemies of our nation.

Some of Louisiana’s Congressmen have claimed outrage at the current cuts to Fort Polk. Such outrage will be felt countless times over if Congress fails to act and remove our nation from the path we are currently traveling.  This is an issue that eclipses Louisiana’s economic interests in Fort Polk and JRTC, our largest employer. This is an issue as to the security of our great nation and to the combat readiness of those brave men and women who continue to stand to and face our enemies in foreign lands under the order of our Commander-In-Chief.

As Chairman of the Louisiana Military Advisory Council and Secretary of the Louisiana Department of Veterans Affairs, I urge all Louisiana citizens to contact their U.S. Congressmen and Senators and ask them to act before October 2015 in order to put a stop to sequestration and the devastation it would cause to our state and our nation.

Interested in more news from Louisiana? We've got you covered! See More Louisiana News
Previous Article In Case You Weren’t Aware, New Orleans Is A Sanctuary City…
Next Article SADOW: The Legislature Needs To Put A Stop To Louisiana’s Sanctuary City