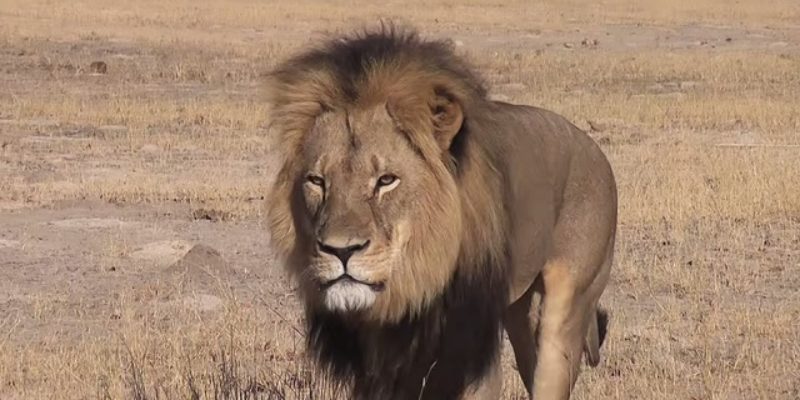 Our friends on the left like to tell us to “check our privilege.” The phrase is a crude way to tell someone that they need to consider the plight of others before running their mouth. The moaning over the killing of Cecil the lion is a great example of this.

Here in the West, we have (mostly) white people who are bitching and moaning that an American dentist killed this lion that was some thought was iconic. These are internet slacktivists who in most cases couldn’t even find Zimbabwe on a map. A major problem to these people is if the barista at Starbucks put too much syrup in their latte.

This is one of those examples when we need to put ourselves in the shoes of the people in Zimbabwe. Reuters did something most of these privileged whiners haven’t done, they went to Zimbabwe and asked the locals what they thought of this mess. Their thoughts were much different than those of the pampered Westerners outraged over Cecil’s untimely death.

“Are you saying that all this noise is about a dead lion? Lions are killed all the time in this country,” said Tryphina Kaseke, a used-clothes hawker on the streets of Harare. “What is so special about this one?”

As with many countries in Africa, in Zimbabwe big wild animals such as lions, elephants or hippos are seen either as a potential meal, or a threat to people and property that needs to be controlled or killed.

The world of Palmer, who paid $50,000 to kill 13-year-old Cecil, is a very different one from that inhabited by millions of rural Africans who are more than occasionally victims of wild animal attacks.

According to CrocBITE, a database, from January 2008 to October 2013, there were more than 460 recorded attacks by Nile crocodiles, most of them fatal. That tally is almost certainly a massive underrepresentation.

“Why are the Americans more concerned than us?” said Joseph Mabuwa, a 33-year-old father-of-two cleaning his car in the center of the capital. “We never hear them speak out when villagers are killed by lions and elephants in Hwange.”

Over there, they see lions the way we see alligators here in Louisiana, as nuisance animals that need to be controlled or killed. Now I do not know if this dentist who killed Cecil was following the law or not, but the reaction of the locals kinda puts this into much needed perspective.

In Zimbabwe, it is legal to kill any lion who comes out of its protected zone. Hunting is also big business for the country’s economy.

The privileged Westerners whining about the death of this lion really need to check their privilege before lecturing us on the evils of lion hunting.

Interested in more national news? We've got you covered! See More National News
Previous Article Here’s The Most Offensive Photo On The Internet Right Now
Next Article There Is Something Fishy About Planned Parenthood Gulf Coast’s Website