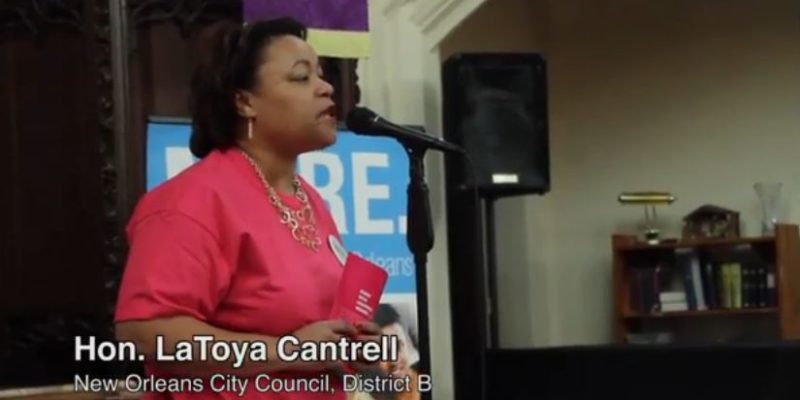 We are throwing it back since its Thursday with a little reminder that New Orleans City Councilwoman Latoya Cantrell spoke proudly at a Planned Parenthood rally in a Presbyterian church in the city just months ago.

Likewise, New Orleans City Councilwoman Susan Guidry attended the rally, though we are not aware that she spoke like Cantrell did. Watch the video below to get a glimpse at Cantrell’s support for Planned Parenthood:

Most recently, Planned Parenthood has faced allegations that the organization has been involved for years in selling unborn baby body parts after abortions and profiting from the organ trafficking, which is illegal by federal law.

A top abortion doctor with Planned Parenthood was caught on tape talking about how abortionists will illegally position an unborn child in the womb into a “breech position” so that they can perform a late-term abortion in which the child’s body is born, but the head is ripped apart by surgical scissors.

This way, according to the abortion doctor on the tape, Planned Parenthood is able to sell aborted babies’ in-tact lungs, hearts and livers. Watch the graphic video here: