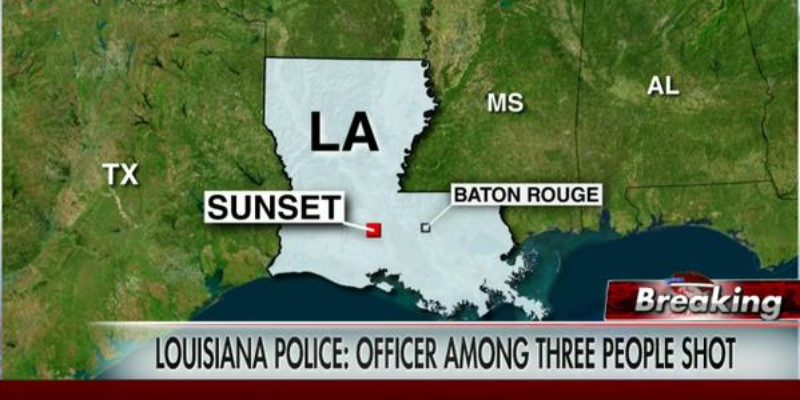 Updated at 8:15pm: The St. Landry Sheriff’s Office has confirmed that Sunset Police Officer Henry Nelson, 51 years-old, died after being shot by a suspect who stabbed two people just before.

Updated at 7:05pm: Two of the people involved in the stabbing and shooting incident in Sunset, Louisiana have died, according to local authorities. Additionally, two have been injured.

It is unclear who exactly has died, whether it includes the police officer who was shot or the two stabbing victims. However, one of the injured people is reported to be the suspect.

Updated at 6:45pm: The Acadiana Advocate is reporting that the suspect involved in the stabbing of two victims and responsible for shooting a Sunset Police Department officer is now in custody, according to Col. Mike Edmonson of the Louisiana State Police. Edmonson said they had to go at the suspect with hammers, tools, tear gas and axes.

St. Landry Parish Sheriff said the suspect will face a first degree murder charge for shooting police officer. The sheriff’s office also told the media that illegal drugs may be involved and that they are most likely not dealing with a sane individual.

Apparently, the suspect, who has not been identified yet, stabbed two people three blocks away from an Exxon gas station.

Then, a Sunset police officer responded to the stabbing incident and was shot by the suspect. This is when the suspect fled and barricaded himself inside the Exxon gas station.

The SWAT Team showed up to the scene and used tear gas to try to get the suspect to come out of the gas station.

St. Landry Parish Sheriff’s office has confirmed that the suspect’s brother-in-law was on the scene trying to get the suspect to come out safely.

Apparently, there were three people inside the gas station when the suspect showed up. However, all were able to flee the store safely and none of them were injured.

The conditions of the police officer shot and the two stabbing victims is still unclear at this time.

This is the Nissan Altima that the suspect apparently crashed into the Exxon gas station: 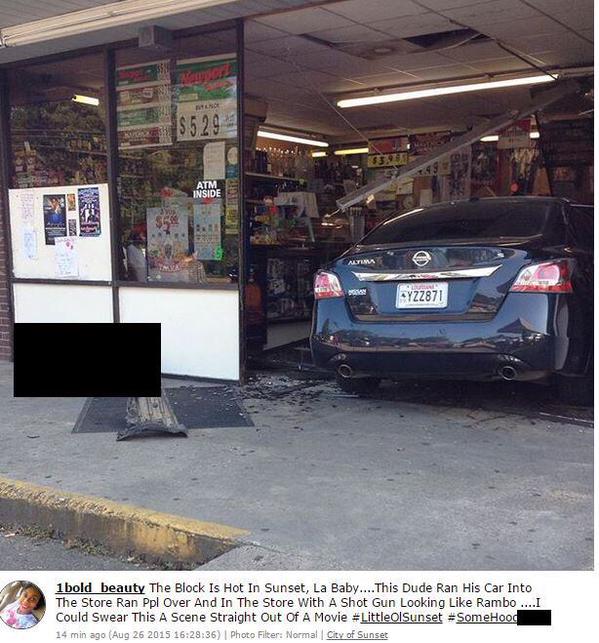 This is the scene near the Exxon gas station where the suspect was currently located: 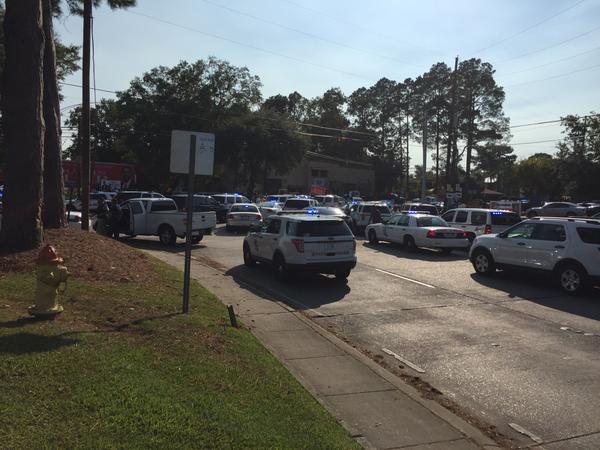 SWAT team and militarized police units were on the scene: 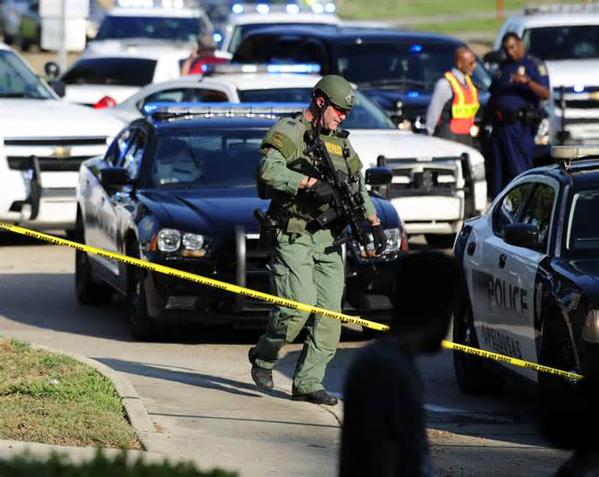 Stay with the Hayride for live updates on this developing situation out of St. Landry Parish.