For months now, the grassroots movement known as ‘Save Our Circle’ has been fighting everyday to combat an effort by New Orleans Mayor Mitch Landrieu to remove any and all Confederacy-related symbolism in the city.

And every vote, statement and move by a Landrieu-appointed city committee has been tracked by ‘Save Our Circle’ and their prominent leader Tim Shea Carroll.

‘Save Our Circle’ has funded a billboard in the city’s Central Business District, close to the New Orleans Superdome and area. The billboard is also viewable from the interstates passing through the city.

Carroll wrote this on Facebook, along with the photo of the billoard: “Hey Mitch!!!! We will have three presidents, Katrina anniversary, and the Saints game here at argon tomorrow. Perfect audience to see our new billboard!!!!!!. One SOC member stepped up with the funds and we made it happen. I’ll tag him if he says its ok. The ad company jumped through hoops to get it done in two days. SAVE ALL MONUMENTS” 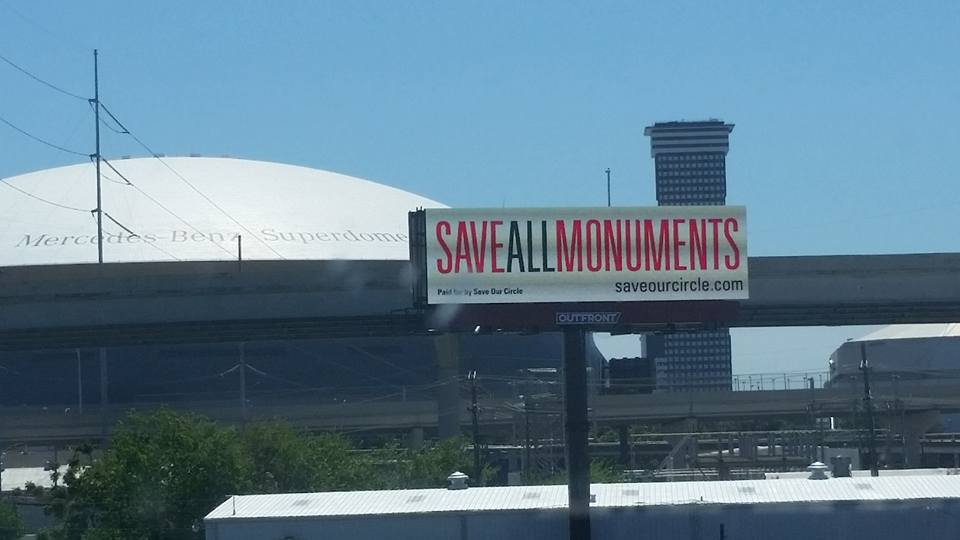