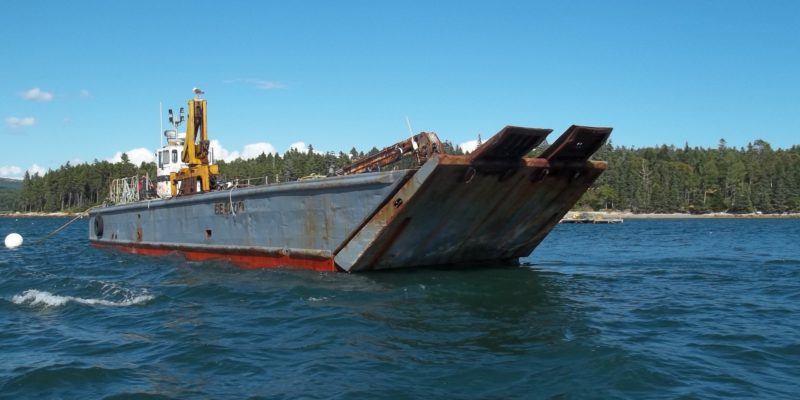 The Metro Council voted this week to approved the rezoning of the proposed barge cleaning facility. The Advocate had reported earlier that:

Metro Councilwoman Chauna Banks-Daniel said she won’t support a vote to rezone the proposed barge cleaning facility in South Baton Rouge, because preventing the barge from doing business at the current site could mean it would later end up in North Baton Rouge where low-income residents have suffered from industrial sites for years.

In an email to Metro Council members she wrote:

“It’s time to go south, to ease to concentration on the north,”

However, Banks-Daniel ultimately changed her mind and voted for the rezoning.

Loupe and Delgado were behind the effort to get the property rezoned.

Council members Chandler Loupe and John Delgado proposed rezoning the site where barge cleaning industrial company Tubal-Cain has been developing land for two years. Rezoning the property from heavy industrial to commercial would prevent Tubal-Cain from being able to do its intended operations there.

The site is located within a mile of BREC’s Farr Park, Riverbend neighborhood, and is down the road from LSU.  The Planning Commission voted Monday to recommend the rezoning.

According to the Advocate:

The East Baton Rouge Parish Metro Council voted 9-2 Wednesday to change the zoning of the property from heavy industrial to commercial, effectively preventing Tubal-Cain Marine Services from moving forward with its operations at that location. Now, the land is zoned for businesses like restaurants and retail. The vote to rezone the land was a last-ditch effort by council members John Delgado and Chandler Loupe to stop the unpopular proposed operation, which had already secured a number of permits and invested millions into plans to open the facility.

“This is a significant victory for the people,” Delgado said. “I was very pleased to see my colleagues make the right decision in support of this measure.”

Two councilmen were not in support of the rezoning. For one of them , Joel Boé, it was a matter of property rights.

Only Metro Council members Joel Boé and Ryan Heck voted against the rezoning. Ronnie Edwards was absent. Councilmembers Trae Welch, Banks-Daniel, Loupe, Scott Wilson, Collins-Lewis, Marcelle, Amoroso, Tara Wicker and Delgado voted in favor of rezoning. “It came down to one basic fact: property rights,” Boé said of his vote. “It sets a bad precedent that a governmental body can come in and change property zoning without the owner’s approval.”

It is understandable that residents of nearby neighborhoods wanted this rezoning to happen. However, it should come as no surprise to them, because the Mississippi is the lifeblood of the United States of America, that development along its banks is a given.