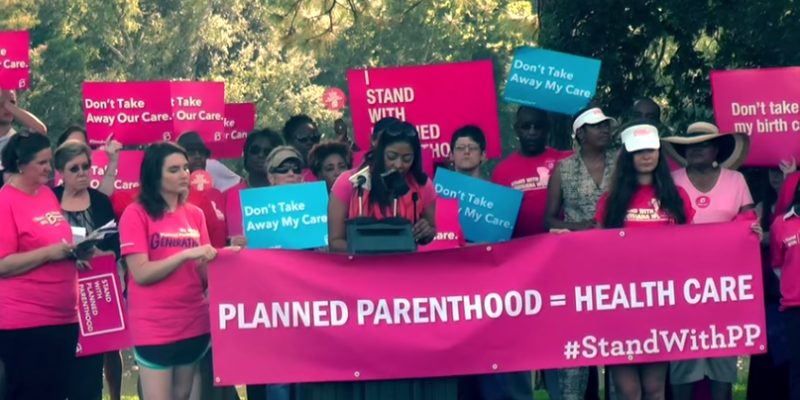 Yesterday, Planned Parenthood supporters had the tables turned on them by Gov. Bobby Jindal.

When abortion advocates for the abortion giant, (which has been exposed for potentially profiting off the sale of unborn baby body parts, as well as illegally executing partial birth abortion procedures to obtain human organs from unborn babies,) showed up yesterday to the Louisiana governor’s mansion, they were shown the all seven undercover Planned Parenthood videos on the front lawn.

But, in true pro-choice fashion, they literally ignored the videos, which are not only graphic, but disturbing to put it lightly.

Planned Parenthood supporters can ignore the videos all they want, but the fact is, the public surely is not ignoring them and no one is buying into Cecile Richard’s ‘Planned Parenthood helps women’ statements anymore.

These abortion activists are nothing more than cowards.