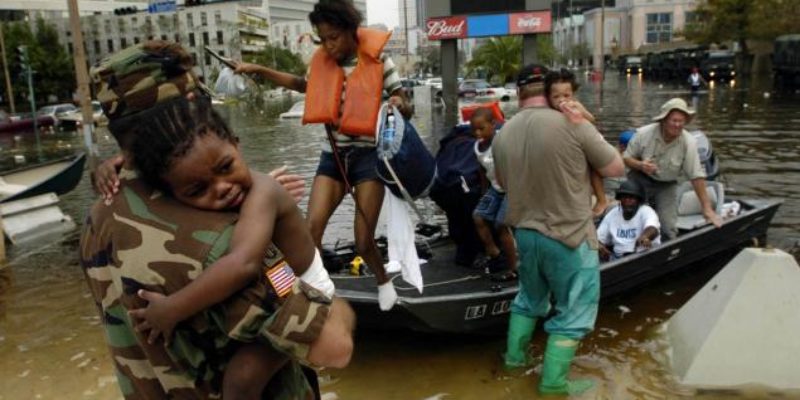 A couple months after Hurricane Katrina in 2005, the New York Times wrote extensively on how the crime problem in New Orleans had essentially been wiped out by the devastating storm.

“On a single day last June in Pigeon Town and Hollygrove, impoverished neighborhoods of worn frame houses at the city’s western edge, four men were killed, adding to the eight already slain there this year,” the New York Times wrote. “Young men brazenly sold drugs from street corners in broad daylight. The gunfire was constant. Residents were fearful. But the bullets and the drugs and the fear are gone now, swept away by Hurricane Katrina, along with the dealers and gangs and most of the people.”

But, have things actually changed in the city of New Orleans?

Then came Katrina, the ultimate bitch of mother nature that destroyed the city.

The statistics on crime in New Orleans in 2005 have continued to be subject to skepticism because of the devastation the city endured, which came along with a lack of resources to worry about tracking crime statistics, when there were bigger problems taking place.

VanLandingham’s analysis found that the murder rate in 2005 actually increased 14 percent when compared to 2004.

Regardless, in 2006, murder was down to 162 total that year. And every other crime category was down as well, making the city safer, but still in a total state of destruction.

Since Hurricane Katrina, crime statistics have slowly but surely ticked back up to nearly pre-Katrina numbers. With murder, 2004 was a different story however.

At the beginning of this year, Mayor Mitch Landrieu touted the city’s lowest murder rate since 1971, with just 150 murders in the city.

But, this is not the end of the story.

Almost every other crime category increased in 2014, especially violent crime, which has become the city’s newest, biggest problem. Non-fatal shootings alone ticked up 24 percent in 2014 when compared to 2013.

And even though the murder rate in 2014 was the lowest we have seen in decades, it is not projected to remain that way whatsoever.

This year, there are already 114 official murders in the city of New Orleans. Just a couple of months ago, Criminologist Peter Scharf said the city’s murder rate had already increased by 35 percent.

Scharf says the total of murders in the city at the end of 2015 will probably be 185 murders.

This would make the murder rate not exactly back in line with pre-Katrina murders, but it would be reverting back to the numbers of 2011 and 2012, when murder was one of the city’s biggest problems.

Robberies and assaults are rising in a similar fashion. In 2006, there were 761 robberies and 1,245 assaults, both at record lows.

Fast-forward to 2013, though, and things are getting worse. In 2013, there were 1,138 robberies in the city and 1,495 assaults. While the crime numbers in these categories, they are not quite at pre-Katrina levels, but could eventually get there with the way things are going.

While Hurricane Katrina destroyed lives, the livelihood of thousands and wiped out the city, it did not wipe out the city’s crime problem. In fact, with the city’s lower population since Katrina, crime may even be a bigger problem now than before the natural disaster.

No spinning of the crime statistics can change that.