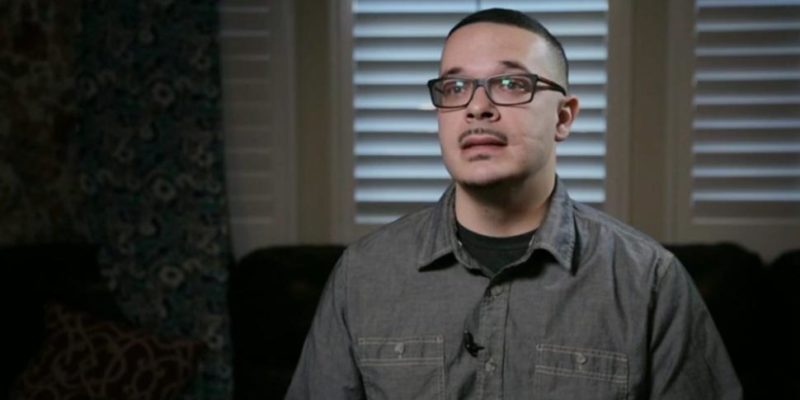 Victimhood really is the new black.

Meet Shaun King, an activist for the #BlackLivesMatter group which focuses on police brutality and fair treatment by law enforcement for black Americans.

King received a scholarship to attend the predominantly black Morehouse College by Oprah Winfrey herself because he was a biracial teenager at the time. (Note: This award is designated for black men.) Since, King has been a prominent voice in the #BlackLivesMatter movement.

Yes, believe it or not, this is the second-coming of Rachel Dolezal. You may remember Dolezal as the NAACP leader who pretended to be black her entire life by spray-tanning and getting her hair cornrowed.

King, much like Dolezal, has now been outed by investigative bloggers who dug up his birth certificate, old photos of he and his mother, where he is clearly pictured as a white baby, and photos of his real father, a white man.

Similar to Dolezal has claimed all kinds of hate-crimes have been made against him. (Remember Dolezal actually sent herself death threats and then blamed it on white people.)

As a writer for the liberal site the Daily Kos, King wrote in his personal blog about how he was treated horribly by “resident rednecks” in high school.

I had a dozen fights my freshman year, had a jar of tobacco spit thrown on me in the middle of the school day, and came a few feet away from being run over by a pickup truck full of guys who chased me down and nearly mauled me as I walked home from a school dance,” King wrote. “I reported it to the school, having saw each guy in the car, but they did nothing about it.”

And even today, King is still claiming on Twitter to be a victim. 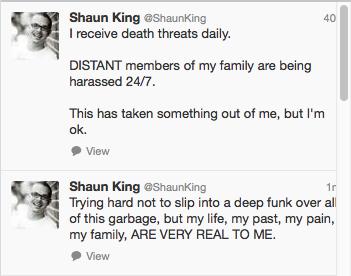 Though he has been asked via Twitter multiple times by conservative gay mogul Milo Yiannopoulos, King refuses to answer the question and is still pretending to be biracial.

For whatever reason, this does not seem to be isolated incidents anymore. When Rachael Dolezal first came about, it was the first time anyone in the public had ever really heard of such a thing.

With King, this is becoming the standard once-every-three-months-we-find-out-a-black-person-is-white news story. That’s largely because victimhood is coveted and glamorized.

King would probably be working in some cubicle somewhere in an office in Kentucky had he not faked being biracial all these years.

He would have never gotten to get a free-ride via Oprah to a predominantly black college. And he would have not been able to make up racist stories about his childhood and leading a movement that actually does not even involve him.

#BlackLivesMatter is about police brutality against blacks, not against whites. King would have never been able to be a part of this victim culture had he not faked his biracial background.

Just like Dolezal. She would have never been NAACP chapter leader if she were white. She had to make herself a victim in order to feel important. Which is simply pathetic.

After today, we can expect more nonsense from the Left, where they will come out and say this is another case of “transracial” and how we have to be sensitive to these people who identify with another race.

Let’s think, how about ‘no?’ We’re not going to be sensitive towards individuals who lied their way through affirmative action to get ahead. That’s called ‘deceitfulness’ in a common sense world, not ‘transracial.’