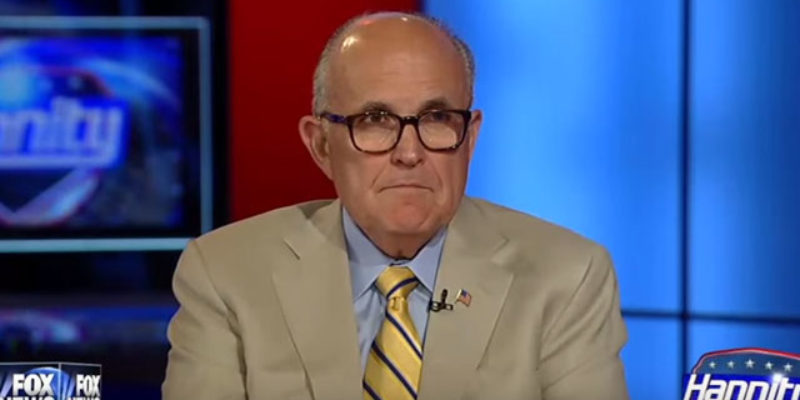 From Hannity last night, a really good segment. Giuliani puts on his U.S. Attorney’s hat and considers what’s known about the Hillary Clinton e-mail case in light of what a prosecutor would examine for the purposes of potential criminal liability.

And the prognosis isn’t great.

What this is ultimately going to come down to is a question someone will ask Clinton at some point – perhaps when she has to testify in front of Congress, or perhaps when a reporter figures out the major question.

And it’s this – since she has said she used that private server instead of the government server the State Department provides for all her e-mail while in that position, she would likely have handled classified information on an unsecured server in violation of federal law.

Unless it is her position that nothing going in or out of her e-mail over four years as Secretary of State was classified.

It’s a “your money or your life” proposition. If she did handle classified information on her unsecured, private server then it’s misuse of classified government documents and she has a problem worse than David Petraeus had. If she didn’t, then she has to have been the most egregious goldbricker in the history of the country. The idea that a Secretary of State would not handle any classified information for four whole years is mindboggling, and it would more or less disqualify Clinton as a competent presidential candidate on the basis of competence and credibility.

Either she’s sitting on a legal powderkeg that necessitates a plea bargain to keep her out of orange clothing for more or less the rest of her life, or the idea of making her president is impossible.

Of course, it’s the former. Nobody will believe a Secretary of State could go a day without handling classified documents, much less four years. And that, as Giuliani discusses, is why she needs a really good criminal lawyer.