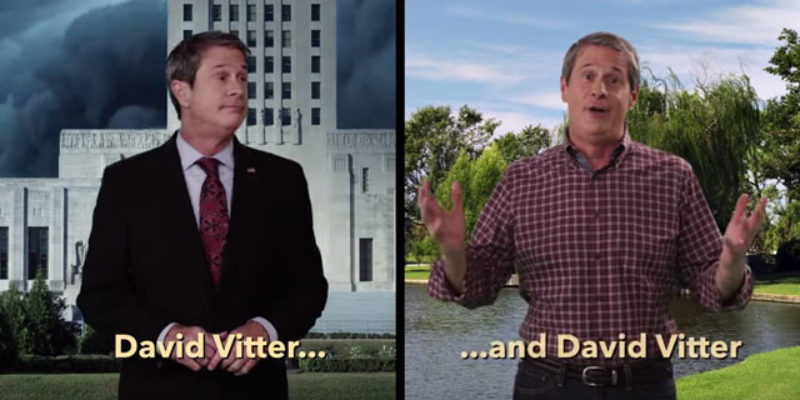 It’s a little campier than Scott Angelle’s ads have been, but the TV spot David Vitter debuts in a statewide run touts his “Together, Louisiana Strong” plan for reform as a means of taking Louisiana from its current difficulties to a brighter future.

He’s smiling a good bit in the ad. Perhaps Friendly Dave might poll better with the female vote.

Vitter has slid a little in recent polling, largely as a result of Angelle unloading a ton of media while Vitter was mostly quiet on the airwaves. But with more than $9 million to spend in his war chest, it’s always been difficult to envision a scenario in which Vitter wouldn’t be in the runoff with John Bel Edwards, the lone Democrat in the race.

And now that the TV campaign has begun, we’ll see how well the Senator can encase that runoff matchup in concrete before Election Day in October.