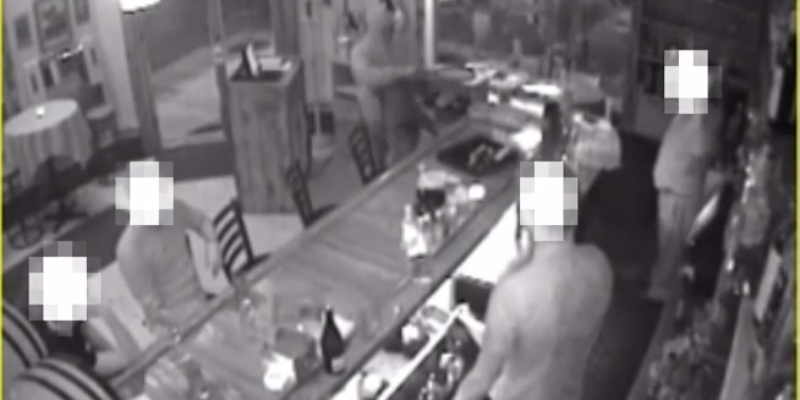 Take a look at the footage here:

According to the restaurant manager, at around 9:45 p.m., two unknown black males approached the restaurant wearing Velcro masks and dark hooded sweatshirts. Believing their intentions were to rob the restaurant, the manager said he quickly locked the front door. The suspects then began kicking and shoving the door until it opened.

When the suspects entered the building, they produced handguns and moved through the restaurant demanding property from employees and customers inside.

After taking money from the cash register at the bar, the suspects fled the location on foot toward Laurel Street. No one was injured during the incident.

The Hayride has reportedly heavily on the out-of-control armed robberies being committed in the New Orleans area on a weekly basis now.

In this one particular graphic, armed robberies can be seen as one of the fastest growing crimes in the city.

Still, Mayor Mitch Landrieu said today at a press conference that crime in the city is down, though this has been disputed by residents and research conducted here at the Hayride.

Interested in more news from Louisiana? We've got you covered! See More Louisiana News
Previous Article Fournette’s Now Got Ambulance Chasers Doin’ Ads About Him…
Next Article Here Are The Shocking Numbers On Crimes Committed By Illegal Immigrants