As the Hayride has been reporting for over the last year, violent crime in New Orleans is entirely out of control.

Back in 2014, Mayor Mitch Landrieu declared that murders were on the decline for the first time in decades. While that was true for 2014, violent crime skyrocketed in that same year and yet there was no focus to remedy that problem.

And this year, murder is also out of control. But, what may be the most out of control in the city today is armed robberies, which are included in violent crime statistics.

First off, just look at the numbers for armed robberies in New Orleans: 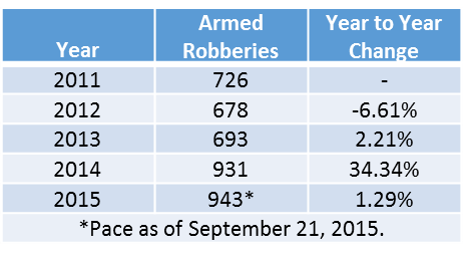 The most telling graphic, though, is one where each New Orleans Police Department (NOPD) district is compared to previous years when it comes to armed robberies. Take a look: 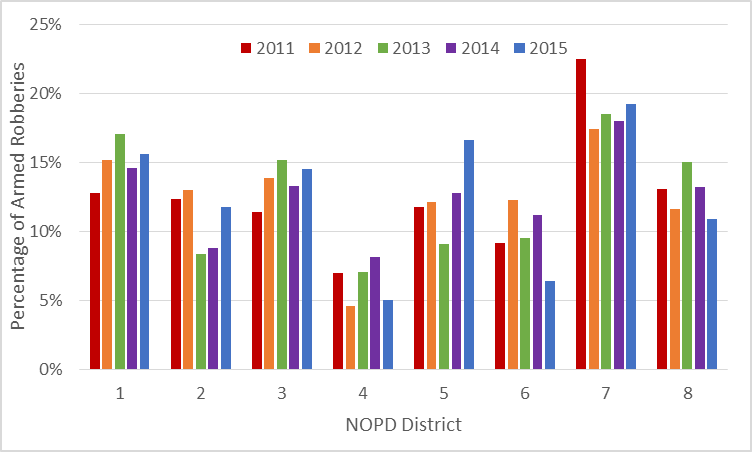 Yet, when Lakeview residents last month held multiple community meetings to try to figure out a strategy to combat crime, the NOPD Police Chief Michael Harrison said that crime was actually down in the area.

Residents feeling like they go unheard by NOPD has long been a problem in the city. However, these numbers surely do not lie.

Meanwhile, the Landrieu administration’s main focus has been removing a group of four Confederate-related monuments in the city, for what he claims is a reminder of white supremacy and racism.

Because of this, groups like Save Our Circle, a grassroots movement to save all historical monuments in the city, have formed on what they see as an attack on history and art by the Landrieu administration.

Though much attention has been placed on the monuments fiasco by residents, murder and violent crime has never left the mind of the New Orleans resident.

It does seem to have left the mind of Landrieu, however.