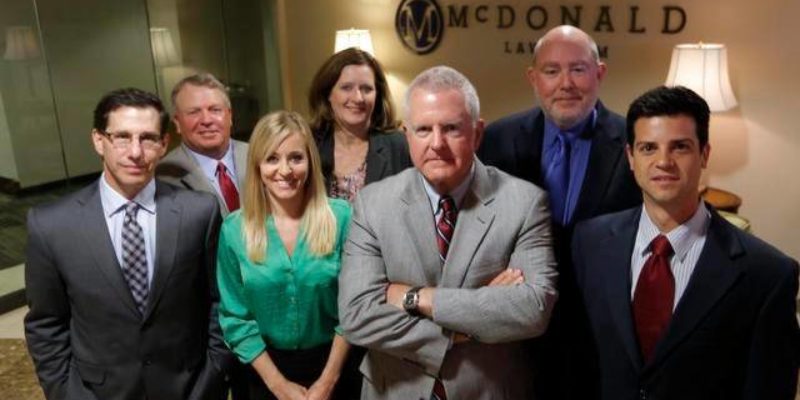 Lawyers from the Lone Star State are heading to Bossier City this week looking for a goldmine of Louisiana landowners.

Through a series of town hall style meetings, the out-of-town attorneys are hoping to sign up thousands of plaintiffs to join the legal war they are waging against Chesapeake Energy, alleging the oil and gas producers have underpaid royalties to leaseholders.

Dan McDonald, with the Fort Worth-based McDonald Law Firm, has reportedly spent millions on billboards and mass mailings to generate thousands of similar cases in Texas. Now this tort kingpin, who usually handles personal injury and medical-malpractice claims, is doubling down on his highly sophisticated marketing strategy to generate clients in Louisiana.

McDonald uses high-pressure sales tactics and no-cost, no-risk offers to attract new customers. In the past he has even been accused of “unethical solicitation,” but he doesn’t seem to be slowing down a bit. Thousands of advertisements recently sent to gas leaseholders throughout North Louisiana promise recipients who agree to sign up with the law firm “a substantial sum of money.”

“We don’t get paid, if you don’t win,” the legal ad declares. “It is financially risk free to you—it costs you nothing to sign up and we will never send you a bill.”

In previous press accounts, McDonald has said his war against Chesapeake is all “about justice,” but would-be plaintiffs should look at the fine print before signing up.

The contingency fee arrangement McDonald has sent to potential clients would allow his firm to take nearly 40% of any award and up to an additional 10% of any award for attorney costs and other expenses. These one-sided provisions are not uncommon in mass tort cases, and explain why lawyers like McDonald often rake in enormous legal fees while individual plaintiffs are short changed in these cases.

Meanwhile, the impact of this kind of predatory litigation on the economy can be staggering.

Over the last decade, trial lawyers have made many millions of dollars suing thousands of energy companies by lodging environmental complaints backed up with little or no evidence.

In addition, dozens of new government-sponsored lawsuits have been filed in recent years targeting hundreds of oil and gas companies seeking “many, many billions of dollars” to line the pockets of lawyers. Meanwhile a system of “jackpot justice” is unfolding in the aftermath of the BP settlement.

Taken together, these legal actions reflect an unrelenting, all-out assault by plaintiffs’ lawyers on Louisiana employers, which provide many thousands of high-paying jobs for Louisianans and contribute billions in the form of local, state and federal tax revenues. The bottom line is that if these lawsuits are successful, trial lawyers will profit while Louisiana will shed jobs.

Economists estimate Louisiana’s poor legal climate already hinders growth and economic development, costing the state as many as 50,000 jobs every year. How many more jobs will this new round of litigation cost us? 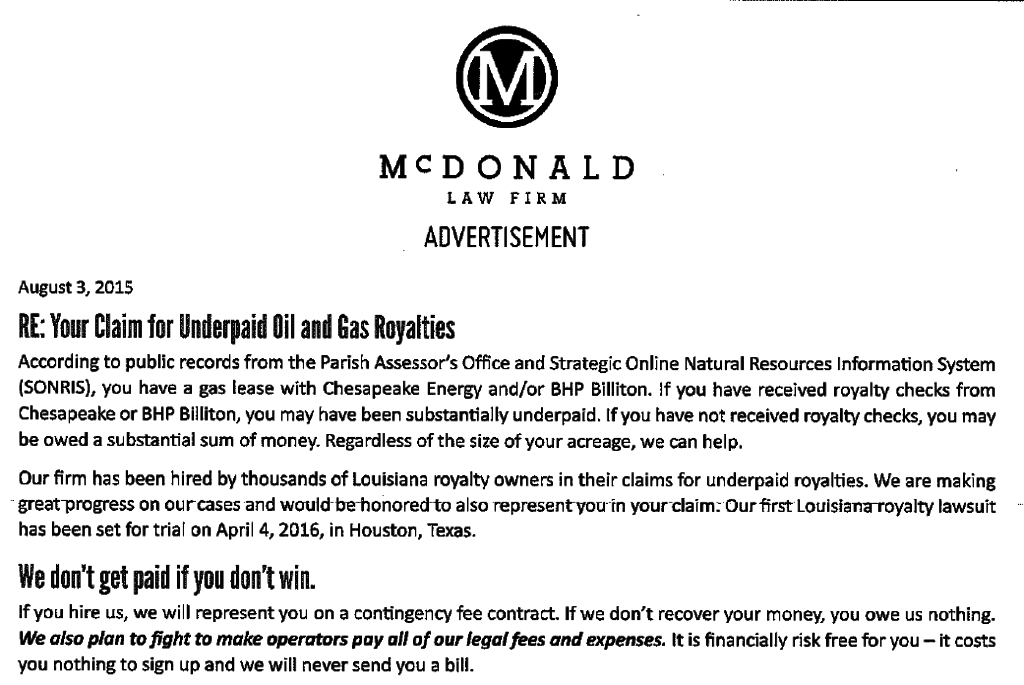