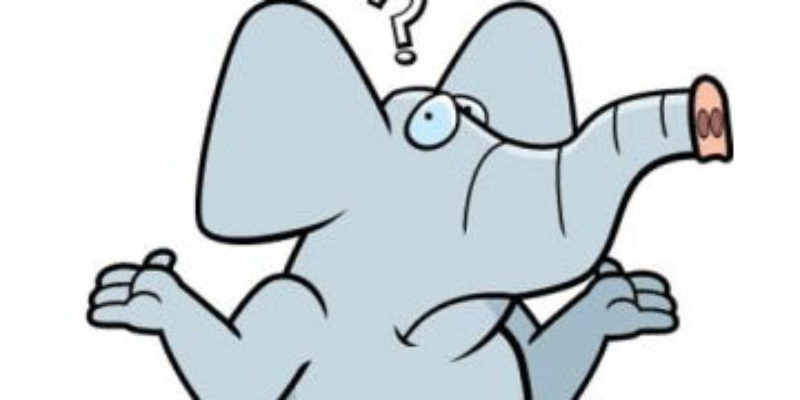 …..of all three Republicans running. The organization run by Woody Jenkins couldn’t decide who they liked so they decided let’s endorse all three. Makes a lot of sense….

The Republican Party of East Baton Rouge Parish has endorsed all three Republican candidates for Lt. Governor in the Oct. 24 open primary.

The endorsement will allow all three to say they are endorsed by the party and use the Republican Party logo.Under party rules, each candidate is voted on for or against separately. So it is possible to endorse more than one candidate.  The local party requires the candidates to fill out an extensive questionnaire, stating their position on the issues.  Each of the candidates also appeared before the East Baton Rouge Republican Parish Executive Committee to answer question.

Parish Republican Party chairman Woody Jenkins said, “These endorsements are intended to say that we have investigated each of these candidates, and we feel they are well qualified for the office of Lt. Governor.  We also believe, based on their answers to many detained questions, that they are strong conservatives and would govern accordingly.”

Just to give you an idea how  sought after this endorsement is, the party endorsed Buddy Caldwell, who is essentially a Democrat, for reelection to Attorney General.

While you do fill out an 80 question questionnaire to receive this endorsement, you probably won’t get any votes, let alone money or volunteers from it. As we’ve documented, the PEC endorsed everyone in the 6th District Congressional race, except the guy who won. They also declined to endorse Bill Cassidy in his Senate race, which he won by the way.

But hey, this will be a change for the East Baton Rouge Republican Party. Since these are the only three Republicans running for Lieutenant Governor against Democrat candidate Baton Rouge Mayor-President Kip Holden, they’re likely to win this one.

Interested in more news from Louisiana? We've got you covered! See More Louisiana News
Previous Article This Mainstream Media Outlet Is Upset That Louisianians Hate Planned Parenthood
Next Article Dog: I Can’t Lie To Ya, The Other One Did It