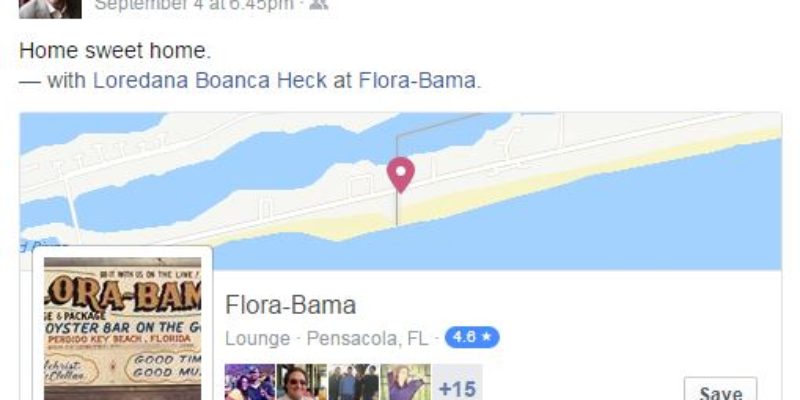 You could perhaps say that the Ryan Heck-Paula Davis race for the District 69 House seat is heating up, but that might be something of a generous characterization.

There isn’t any polling on the race, but most people think Heck is the likely winner based on his name recognition. And one questions whether that can change if the race becomes a series of moronic attacks like Davis attempted on social media.

Heck unwittingly baited a trap for Davis by suggesting on Facebook Friday night that he and his wife were darkening the door of the world-famous redneck emporium, the Flora-Bama bar in Perdido Key, Florida. 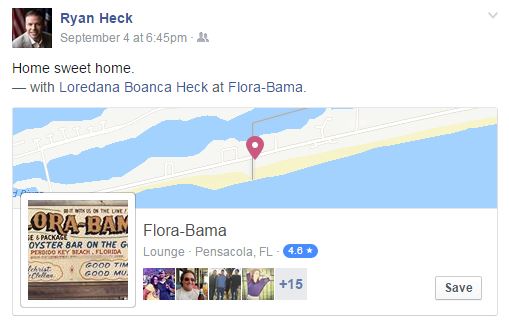 Because it was Labor Day, over course, and Heck was taking the family on a beach vacation. Which normal people do.

But Davis, or somebody on her campaign team, got the bright idea that this was something worthy of a political attack, and so posted this on her campaign’s Facebook page Sunday… 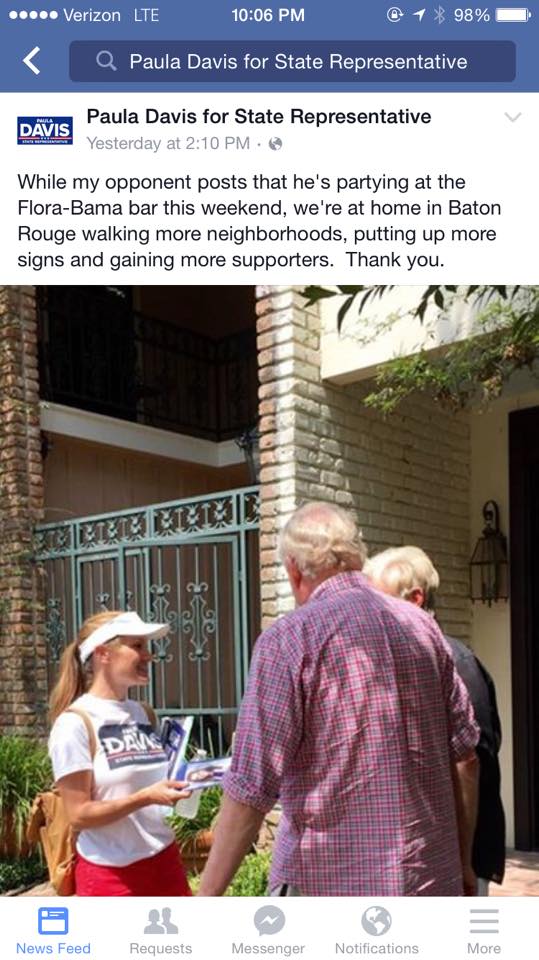 The comments under the page were not friendly.

Heck then got wind of it, and his first instinct wasn’t the greatest – countering on Facebook with this… 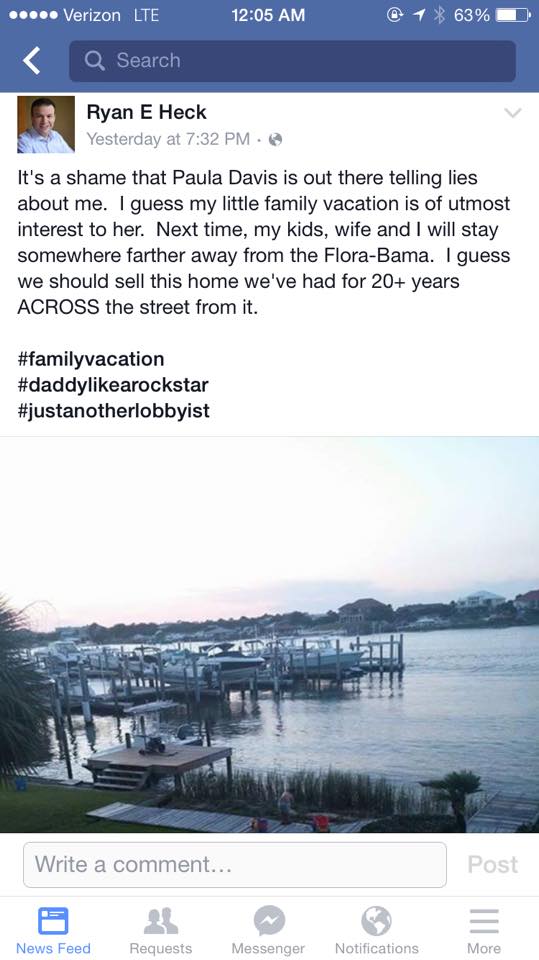 It might not have been the best idea to call her out as a liar; that was a bit of a rookie mistake when all he needed to do was state the fact that the vacation home was across the street from the saloon and people would recognize the weakness of her attack. 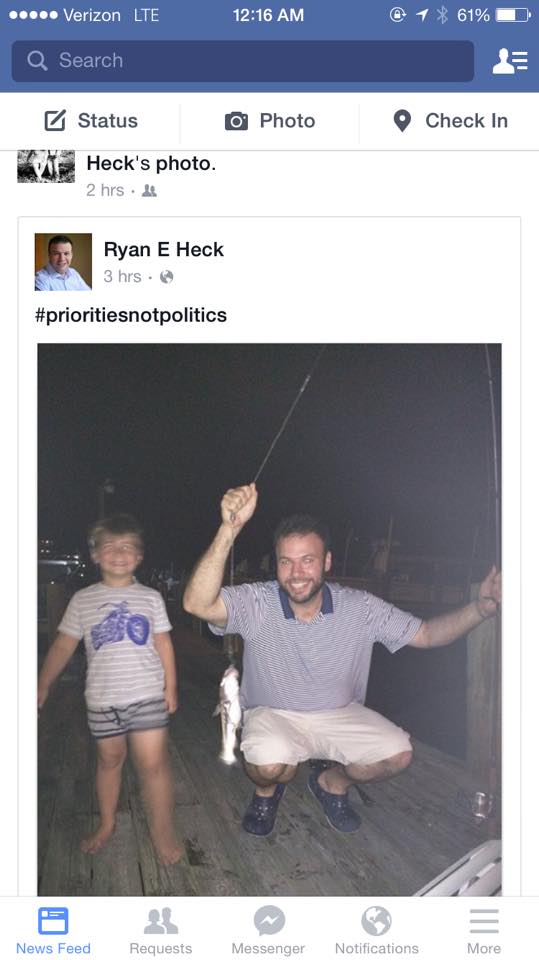 So how does this ultimately get perceived? Two things are apparent…

First, how do we ever expect anybody good to run for office if you’re going to be attacked on social media for simply going on vacation? That kind of petty, nasty carping at one’s opponent which is standard fare in American politics (and in particular, incompetently done American politics) is the kind of thing which keeps most people from having any interest in participating as a candidate. Who would want to drag themselves and their family into such an invasive and hostile examination as an opposing candidate scouring one’s social media feed in search of something to craft a campaign attack from?

And second, it’s an exceptionally stupid play for Paula Davis to attack Heck for going on vacation while she’s campaigning. The entire narrative Heck’s campaign wants to set in District 69 voters’ heads is that he’s a normal human being who works for a living folks can relate to while she’s a registered lobbyist married to a registered lobbyist, and this episode all but proves it. The normal human being takes his wife and kids on a Labor Day weekend vacation, and the political animal attracted to government power like a moth to flame spends her Labor Day vacation going door to door in 90-degree heat.

That’s an image Heck’s campaign would love the voters to internalize, and Davis has presented it for him. The converse he’s probably going to have to do for himself – namely, that Heck owns a concrete business and will not infrequently have to be on a jobsite supervising his people as they pour concrete at midnight on a Friday night, right around the time Davis will be getting home from a hifalutin’ political fundraiser or charity social with the swells. But if he make that comparison stick, he wins.

And she just went a fair way toward making it for him.

We can file this under Ways To Lose A State-House Campaign.