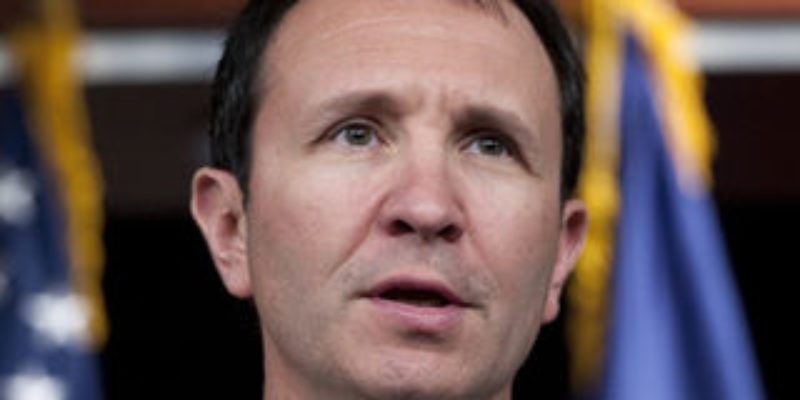 The Hayride received a copy of a letter that was submitted and published in the Colfax Chronicle in Grant Parish. The letter was written by Brian Gunter who is the Pastor of the First Baptist Church Of Pollock.

Here’s the letter as e-mailed to The Hayride:

I don’t endorse political candidates. I do my best to hold them accountable. I am not a politician. I am a preacher. Political spin and posturing make me nauseous. The last thing most politicians want is to go on record and be held accountable for their campaign promises, but that is exactly what I intend to extract from them.

My wife, Patricia Gunter, briefly served as the Justice of the Peace in District D of Grant Parish. When she was elected to office, she swore an oath to uphold the Constitution and laws of the United States. Four months later, the Supreme Court declared same-sex marriage to be a constitutional right. As a Christian who believes in the biblical definition of marriage, Trish was unable to uphold her oath of office which apparently required her to officiate same-sex marriages, so she immediately resigned from office. My wife didn’t make a very good politician.

A few days later, The Baton Rouge Advocate interviewed my wife and published an article about her resignation from office. In that same article, the newspaper reported that the office of Attorney General Buddy Caldwell was advising Justices of the Peace that they were required to marry same-sex couples because “it’s their job. They are expected to do their job. It could be an ethics violation, if they don’t.”

A few months later, I was invited to a private “Meet and Greet” event with Mr. Caldwell. I initially hesitated to attend, but I decided I had to go and ask him if the newspaper report was true. After his speech, I was the first person to ask the Attorney General a question. I read the reported quote and asked him: “Is it true that you said that public officials with the power to marry are required to officiate same-sex marriages even if doing so would violate their sincerely-held religious beliefs?” In the typical style of a true politician, Mr. Caldwell spoke for several minutes in response to my question, but he failed to give me a direct answer. So I asked a follow-up question: “In your legal opinion, do you believe that the First Amendment guarantee of religious liberty exempts a public official from officiating same-sex marriages if doing so would violate his or her sincerely-held religious beliefs?” His answer was an astounding: “No.” Mr. Caldwell explained that he does not personally believe in same-sex marriage, but the law now requires that a public official with the power to marry must officiate wedding ceremonies for both heterosexual and same-sex couples.

After the meeting was dismissed, Mr. Caldwell approached me to further discuss his stance. I told him that I was very disappointed in his answer. I referenced the arrest and incarceration of Kim Davis, a Clerk of Court in Kentucky, for refusing to issue same-sex marriage licenses as evidence that this newly declared “constitutional right” to same-sex marriage poses an imminent threat to the religious liberty of thousands of Americans. I warned that his position effectively requires that all Bible-believing Christians can no longer hold a public office which grants them the power to marry. I demonstrated this would establish a religious requirement that any public official with the power to marry must reject the teaching of the Bible and affirm same-sex marriage. I told Mr. Caldwell that I expect my Attorney General to defend the religious liberties of the people he was elected to serve. After many empty assurances, Mr. Caldwell refused to make any commitment to take that stand.

Last week, I received a phone call from Jeff Landry. He told me that he heard about my conversation with Buddy Caldwell, and Mr. Landry assured me that if he is elected Attorney General he will lead the fight to defend the religious liberties of everyone in Louisiana. He told me that no one should be forced to quit their job or face fines and possible incarceration because they refuse to violate their religious convictions. Mr. Landry told me that if he had been in office, he would have defended my wife’s religious liberty and assured her that she did not have to quit her job simply because she is a Christian who cannot in good conscience marry same-sex couples.

I know politicians will often say whatever is needed to win an election, and then not keep their promises once in office. However, I personally spoke to two of the candidates running for Attorney General. Buddy Caldwell essentially told me that Christian public officials with the power to marry must forfeit their religious liberty or resign from office. Jeff Landry told me that no person should ever be required to violate their religious convictions. I know there aren’t any guarantees when we elect a politician, but this preacher has decided to vote for the one candidate who promised to defend my religious liberty.

Now The Hayride cannot independently verify if the meeting between Pastor Gunter and Buddy Caldwell took place nor does the writer take a position on the issue mentioned. But given Caldwell’s other liberal leanings on issue after issue, The Hayride is not surprised. Caldwell spending almost $18,000 to buy Woody Jenkins’s endorsement cannot change the fact that Caldwell is a liberal Democrat pretending to be a conservative Republican.

If faith and religious liberty are your main issue, Buddy Caldwell has given you another reason to vote for conservative Republican Jeff Landry for Attorney General.

Interested in more news from Louisiana? We've got you covered! See More Louisiana News
Previous Article The Battlefield, October 16, 2015
Next Article Why New Orleans Residents Should Be Fighting The Orleans GOP Just As Much As Monument Removal