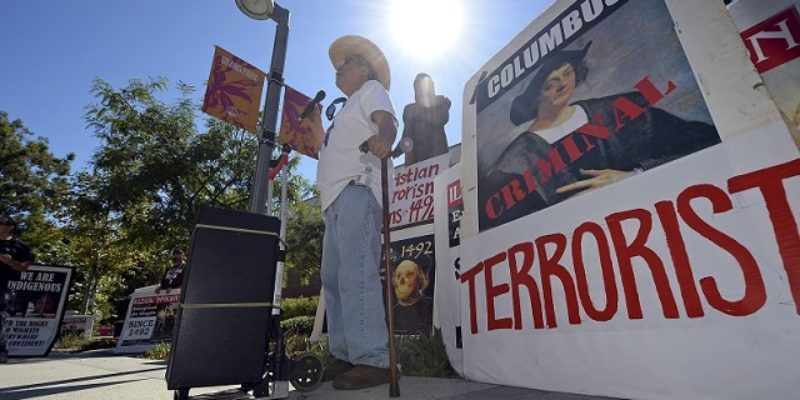 Today is Columbus Day. In much of the country, people have the day off from work and school. We also have leftists of all stripes out protesting today.

The leftists are proclaiming Christopher Columbus a murderer, slaver, and tyrant. Columbus was all of that, but he was also the first European explorer to come to the Americas after the Vikings. More importantly, this time the Europeans stayed and the rest is history.

Although Columbus never came anywhere near what is the United States today, he became a deal in this country. The reason why is because after the American Revolution, American culture incorporated him into our own folkore.

Now we have these leftists who want to get rid of the holiday. They want to replace it with something called Indigenous Peoples’ Day. That’s all fine and good, but let’s not pretend the indigenous peoples in North America were saints. For example, many of these cultures performed human sacrifice and were guilty of horrific atrocities themselves.

Also, let’s not forget that many of these same people are quick to come up with excuses for Hamas, ISIS, Robert Mugabe, the Venezuelan regime, and every other leftist and Islamist regime in the world. These are guys who routinely take the side of countries like Iran who murder gays and persecute religious minorities. Finally, in the ultimate irony, these guys are often wearing T-shirts with the face of Che Guevara who was a racist, homophobic mass murderer. 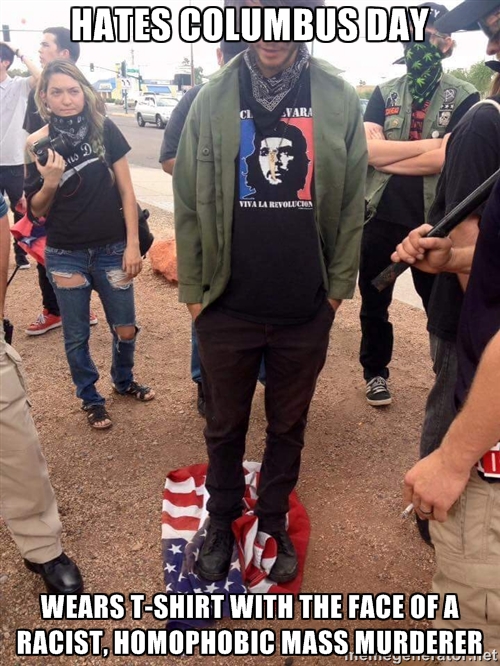 What these protests are about are not Christopher Columbus, but Western Civilization. The left hates Western Civilization because it is the ultimate refutation of socialism. Western Civilization was built upon the pillars of free market capitalism, Judeo-Christian values, and the culture of the Enlightenment. All three of which are incompatible with the socialist, totalitarian state progressives want to build.

Western Civilization has brought the greatest advances in science, technology, art, literature, and health in world history. The Western world was the first to acknowledge the dignity and the worth of the individual. Without Western Civilization, the world would be stagnant and less free. You damn right it is worth defending.

P.S. Did I mention that a lot of these people are against immigration laws too? How’s that for some more irony?

Interested in more national news? We've got you covered! See More National News
Previous Article WAGUESPACK: Far From Short And Obscure
Next Article DROP YOUR TACO! Mexican Food Is Now Offensive And The Reason Why Is Dumber Than You Thought