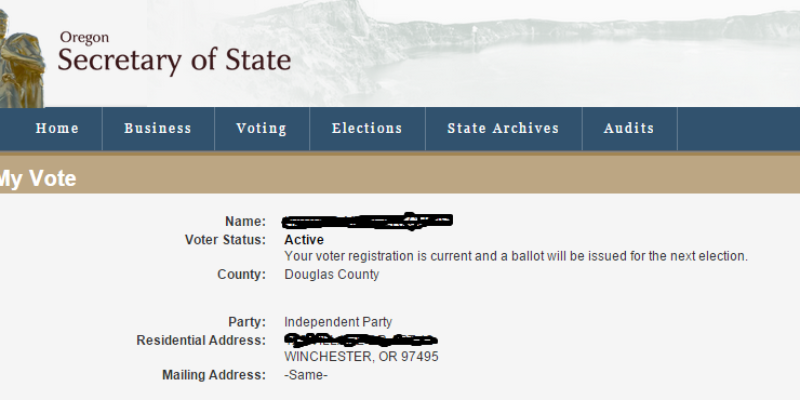 So, it got spread around pretty quickly that the Oregon shooter changed his party identification recently to “Republican” on a dating profile. Tons of media out there immediately seized upon this because it fit a narrative: Crazy, gun-loving Republicans are crazy, gun-shooting Republicans. However, it needs to be noted that the media is just awful at fact-checking itself (to be fair, they suck at fact-checking others, too).

Here’s why I say that.

That is the shooter’s (the Oregon sheriff who spoke to the press said he did not want  voter registration, pulled up as of this morning. I saw it on RedAlertPolitics, and, using the same info, got the same result. This is significant because, as RAP points out, Oregon is a closed-primary state. You can’t vote in the primary of a party you don’t belong to.

This would mean the media’s narrative doesn’t hold up, now does it? But, as with all things, they don’t want accuracy so much as they want a good story that tells what they want it to tell.