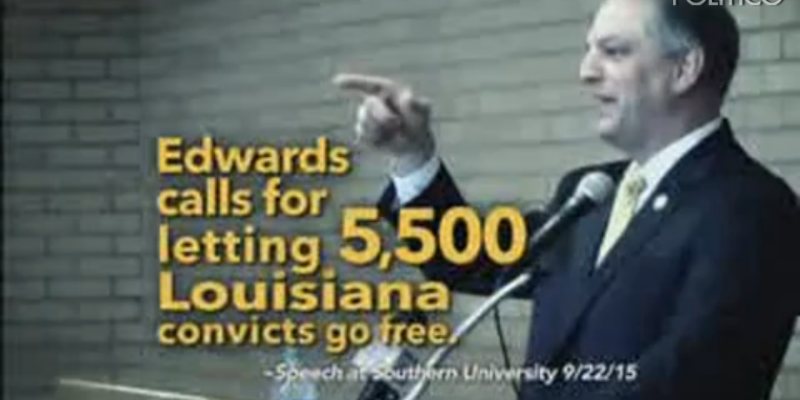 Apparently, the word “thug” is now just as bad as the n-word.

The ad daringly described the federal prisoners as “thugs,” accompanied by photos of a black man in a do-rag and a white man drinking a beer.

See the ad for yourself here:

Well, now the New Orleans NAACP, which is also leading the fight to remove four historical monuments in the city, is saying that Vitter’s use of the word “thug” is a racial slur and pretty much like using the n-word.

“It attempts to polarize, in our opinion, the races in our state, by driving a wedge between the black community and white community and attempting to frighten the white community about the possible release of a large number of inmates from the prison system,” said the NAACP official.

“Thug” has become a term that, like others, Democrats and liberal pundits have deemed a “racist code-word.”

These are the other words that no one is allowed to use anymore, according to liberal pundits, because they insinuate racism:

Vitter’s campaign simply responded by saying that the plan by Edwards to release federal criminals should concern everyone’s neighborhoods and all people in the state.