So it’s really no surprise that one of the moderators would come out to publicly support China’s Holocaust-like “one child” policy, where the government only allows each family to have one child. 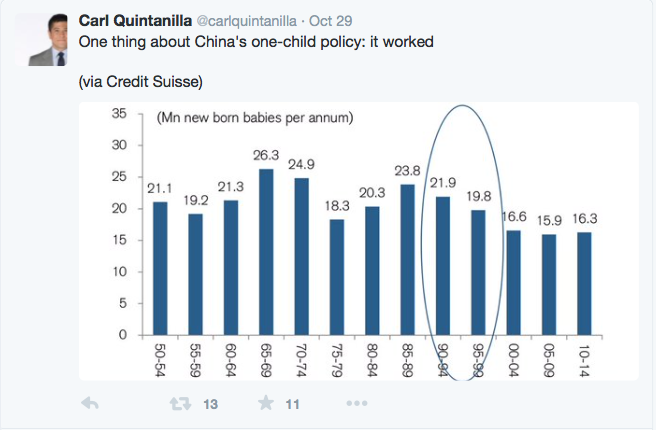 Basically that’s the same as saying ‘Well, Rwanda’s genocide against Tutsi members worked.’ Or ‘Hitler’s mass extermination of Jews in the Holocaust worked.’

As if the GOP debate wasn’t enough to prove that CNBC and the rest of the media is in the tank for Hillary Clinton. This just totally confirmed it for us.

Interested in more national news? We've got you covered! See More National News
Previous Article The New Orleans NAACP Is Upset With David Vitter Over The Word ‘Thug’
Next Article PRAGER U: Left, But Really Right