I’ve been accused of some crazy things in my life, but being a John Bel Edwards supporter isn’t one of them.  Thus, I was taken aback a few days ago when a friend suggested that I was being unfair criticizing St. John Bel the Catfish for his legion of votes doing everything from raising taxes to chipping away at family values.  Why in the world would a conservative like me support a liberal like that?

But, never let it be said that J. Keith Gates is not a fair or thoughtful man.  I mulled the matter over while on my deer stand, and decided that, in the interest of that fairness, and to placate all 2 of my readers who may still secretly support the catfish, I want to offer some support to St. John Bel.  Specifically, I suggest that, in the waning days of this campaign as the truth about St. John Bel the Catfish comes to light, he adopt one or more of the following campaign slogans: 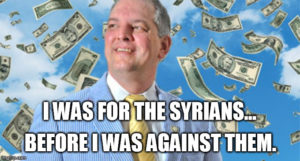 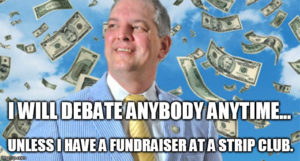 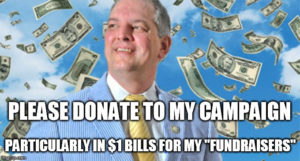 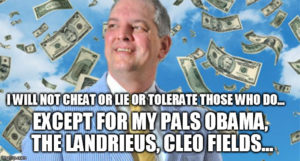 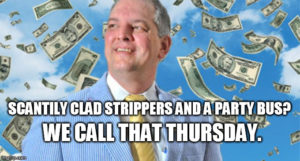 Interested in more national news? We've got you covered! See More National News
Previous Article Why Is The Story Of The “Missing” Syrian Such A Big Deal?
Next Article The Low Popahirum, November 18, 2015