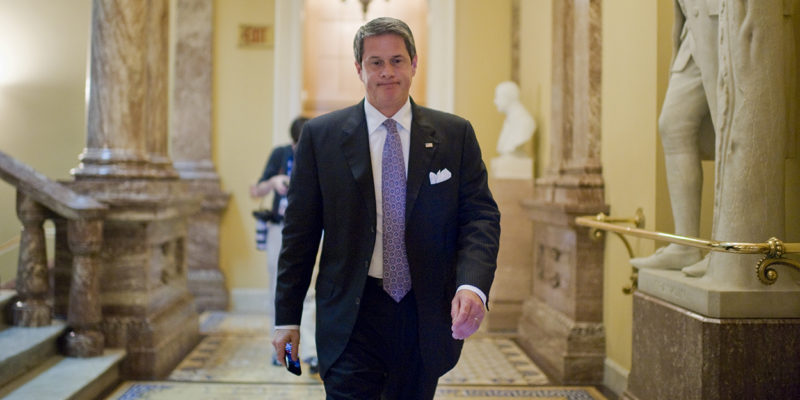 Gubernatorial candidate Sen. David Vitter (R-LA) has filed legislation in the US Senate to stop the influx of Syrian refugees from entering the country.

More than 1,000 Syrian refugees have already entered the country and 14 refugees are already resettling in Louisiana, prompting Vitter to demand that the migration “stop immediately.”

In a statement today, Vitter called the push by the Obama administration “unacceptable.” Here’s what Vitter said in full and the video he released on Facebook:

I introduced a bill this morning to stop the influx of refugees from Syria. At least one of the terrorists in last Friday’s Paris attacks was confirmed to have entered France by posing as a Syrian refugee and Obama’s plan to bring 10,000 Syrian refugees into our country, puts us at even greater risk for potential terrorist threats. That is absolutely unacceptable, and I will continue fighting to implement all necessary measures in order protect Louisianians.

Gov. Bobby Jindal signed an executive order yesterday demanding that no Syrians refugees be resettled in the state. Additionally, 26 other governors across the country have said they will not permit Syrian refugees entering their states.

The issue has become a leading force for this Saturday’s gubernatorial election.

Vitter’s opponent, State Rep. John Bel Edwards (D-Amite) initially said that he would work with the Obama administration in sending Syrian refugees to the state. Now, he has back-tracked that statement and said that he wants to “pause” refugees from coming to the state for the time-being.

Interested in more national news? We've got you covered! See More National News
Previous Article Another Poll Has The Governor’s Race At 48-42 For Edwards
Next Article Something Is Awfully Fishy About John Bel Edwards’ Endorsement By The State Troopers