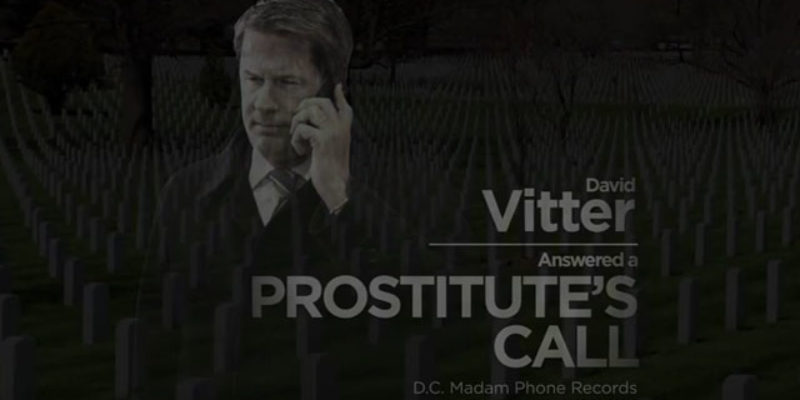 Yesterday, John Bel Edwards promised that he would remove the Arlington National Cemetary gravestones from his ad. However, The Hayride has learned that at least in the state’s two largest media markets, Baton Rouge and New Orleans, the gravestones had not been removed as of 10:30 AM.

During the time period between 9AM to 10:30AM, this writer personally saw the John Bel Edwards gravestones ad twice in the New Orleans area. During both screenings, the gravestones were still in the ad. Over the weekend, the mother of a Louisiana National Guardsman killed earlier this year asked Edwards to remove the ad.

Many veterans see the prominent placement of the gravestones from Arlington National Cemetary as offensive. Many of those buried at Arlington are America’s war dead, including from the recent conflicts in Afghanistan and Iraq. With Veterans Day coming tomorrow, the Edwards campaign may not want to be seen as needlessly offending veterans and those who have died for the country.

As The Hayride originally reported this weekend, the gravestones were not the only offensive aspect of the John Bel Edwards ad. The ad featured John Bel Edwards in his military uniform and the beginning of the advertisement highlighted his military service. It appears to violate Department of Defense directives that require a disclaimer acknowledging that the DoD does not endorse candidates.

John Bel Edwards has run his entire campaign based on his integrity. By keeping an offensive ad on the air when he said he would change it undermines that argument.

UPDATE: The ad continues on the air, with the gravestones, in Lafayette.

Interested in more news from Louisiana? We've got you covered! See More Louisiana News
Previous Article Here’s All You Need To See To Understand What’s Going On At The University Of Missouri
Next Article NOT A JOKE: Mitch Landrieu Named One Of The Country’s ‘Public Officials Of The Year’