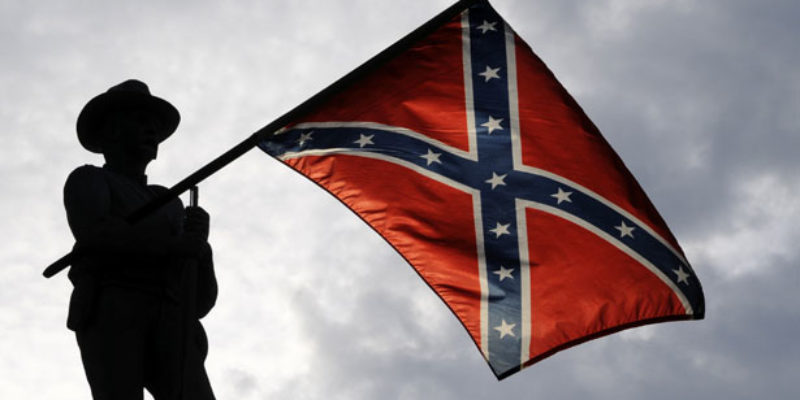 Just as the city of New Orleans continues its debate on ridding historical monuments from the city because of their association with the Confederacy, Natchitoches Mayor Lee Posey has requested that the Confederate flag be banned from the area’s Christmas parade.

Here’s the letter that Posey penned which was released today: 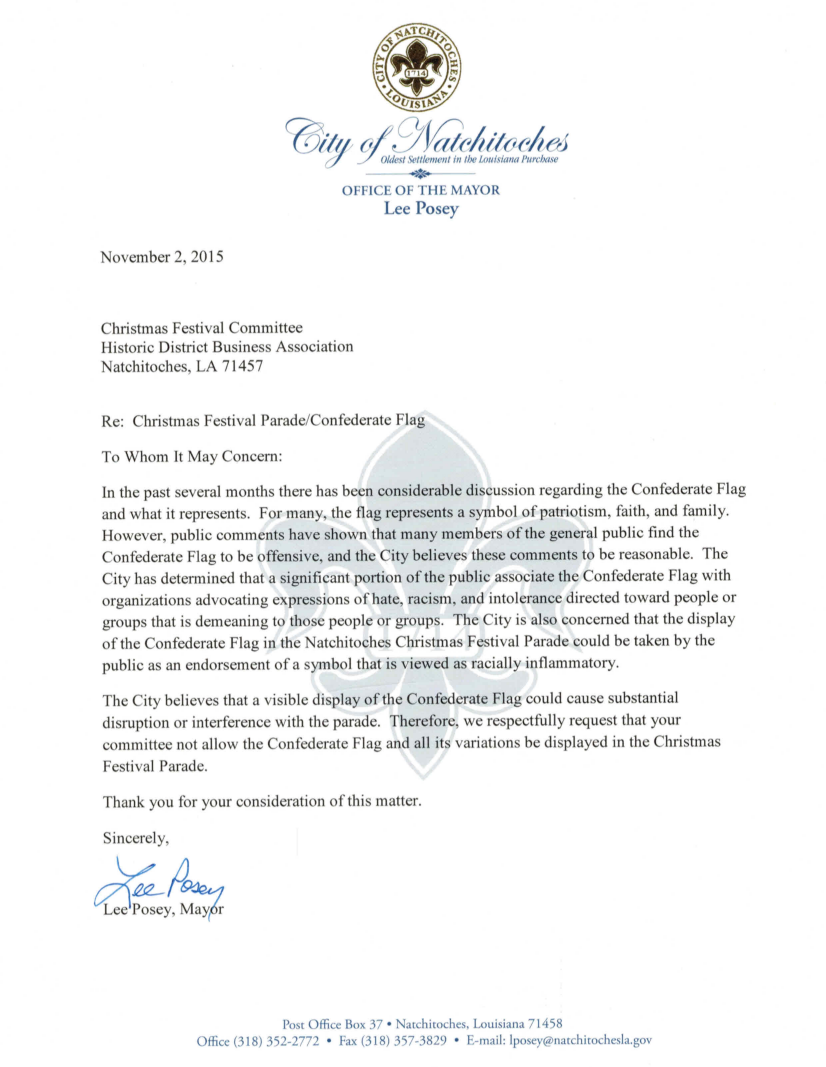 Additionally, the Hayride has confirmed that the Sons of Confederate Veterans were asked by Mayor Posey not to be in the Christmas parade.

The attack on Southern history and pride has not been all-that successful in the state so far. In New Orleans, a grassroots revolt group known as Save Our Circle has formed in an effort to save historical monuments from Mayor Mitch Landrieu’s plan to purge the city of the monuments.

In Natchitoches, the same kind of effort could arise as the Mayor Posey seems to following in the footsteps of Landrieu.