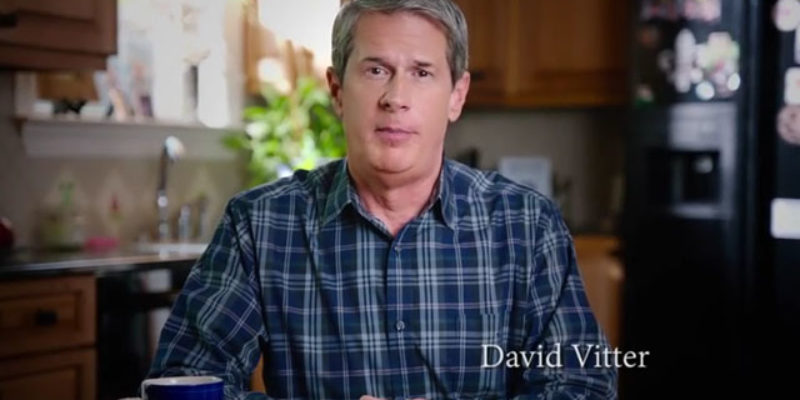 It’s called “Hard Times,” and here it is…

For me it’s fine, though I wrote this as a suggestion last week…

“Look, we all have in our lives a moment of great failure and shame. Whether it was a class you failed, a friendship you destroyed, a job you lost, a business deal that went wrong – everybody suffers self-inflicted injuries at some point. And I’m the same. I’m human and I made mistakes. I had a time in my life, call it a mid-life crisis if you want, where I let a lack of humility, bad judgement and an excess of libido turn me into a person I haven’t been before or since. That was a long time ago, and it happened long before any of it became public. I’ve done my best to live it down and repair the damage I did to my marriage and my family, and we have moved on.

“And because we have, I’m reticent to talk about it. Not just because it doesn’t flatter me publicly, but because dredging up all that old stuff hurts people I love, and they’ve suffered enough from it. Most of the more salacious rumors you’ve heard about me are lies, but at the end of the day I can’t deny I made mistakes.

“I would point out, however, that the scandal-mongering my opponent and his allies have engaged in surrounds only that time period – and nothing newer. When I say I’m not that man anymore, you can believe it because they haven’t shown you any dirt on me less than 15 years old. Believe me, if they could they would. And the David Vitter of 1998 isn’t the one running for governor. This one is. You won’t have any of those problems from me. I’ve learned from my past and I’m a better husband and father than I was.”

That might not fit in a :30 spot, but the elements of it need to be part of the narrative. And this ad hits some of them – namely that he had some problems of his own making and those problems are in the past. “Fifteen years ago I failed my family” is a hell of a line.

The line “Our falls aren’t what define us, but rather how we get up, accept responsibility and earn redemption” is also a good one. Especially it’s good that the word “redemption” is in there, which is something fair-minded people have been looking for. Christians, and Americans, are a forgiving people and we do like a story of redemption.

Equating his own ability to get up and overcome his own self-inflicted adversity to the hard times facing the state is a little awkward as a transition to what kind of governor the David Vitter of 2015 will be, but it’s not terrible.

And the musical score of that ad was really strong. A friend noted that after I saw the ad initially and after a couple of repeat viewings I agree – it works.

It will be interesting to see if Vitter has flipped the narrative on all the sex-scandal business. John Bel Edwards very clearly overstepped with that attack ad over the weekend and had to pull it down to re-cut it because of the Arlington National Cemetery gravestones in the background; it might be a good idea for him not to bring it back.

Because as we said, that ad means Edwards is no longer the good guy with the West Point honor code, he’s the jackass who just put out the nastiest ad anybody has ever seen. He did it in an effort to nuke Vitter and put him away, but it clearly hasn’t worked and it’s becoming a mess.

And because Edwards is a jackass who does nasty, personal TV ads trying to destroy his opponents personally, he’s no longer somebody that you’d vote for regardless of his ideology because Vitter is such a terrible person. Now the ideology and the issues actually do matter, and that’s not good for John Bel Edwards because there isn’t a single issue voters care about in this election where he’s in the mainstream of Louisiana’s thought and Vitter isn’t. Not one. Even on the issues Edwards claims to be in the mainstream with, whether Vitter also occupies that space or not, he has a record which makes his campaign rhetoric rather empty.

And along comes Vitter to acknowledge he acted badly 15 years ago, state that he’s not that man anymore and that he’s found redemption with his family and promise that he’ll bring the same fight that helped him pick up the pieces of his family after the sex-scandal stuff to addressing the problems Louisiana has.

And oh, by the way, in saying Louisiana has hard times with budget deficits, bad schools and a lousy job market Vitter also distanced himself from Bobby Jindal – which was a flimsy accusation made by Edwards, that Vitter was nothing more than a third term of Jindal. Nobody really believed that and Vitter took a step toward putting it to bed in an ad aimed at putting the hookers thing to bed.

All of which needed to be done. As Margaret Thatcher once said, first you win the argument and then you win the election. Vitter had to address the sex-scandal stuff in a way that humanized him and guaranteed to voters, as best as they could be guaranteed, that there won’t be any more of those problems in the future.

But exactly how well it does this, and how many of the “I’m as Republican as can be but I’ll never vote for Vitter” crowd will be moved by it, is anybody’s guess. For a lot of those people there is no way to warm Vitter up; if they’re going to vote for him it has to be because they’ve been made to see Edwards as the end of Western Civilization.

And that’s a case which can, and probably should, also be made.