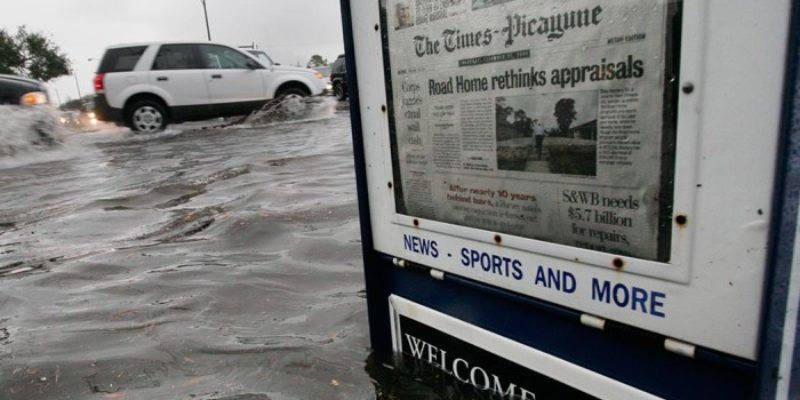 When it comes to the traditional Louisiana media, which mainly includes the Times Picayune, The New Orleans Advocate, the Baton Rouge Advocate, WWL-TV, WAFB, WBRZ, FOX8 and WDSU, you can never fully expect the entire truth.

No one trusts the media and that’s largely because, thanks to new media and internet, they have been exposed for their longtime practices of shilling for Democrats while demonizing anyone who dare step off the liberal plantation.

So, when we at the Hayride break a story, we never expect credit for any of our work. And if we do get credit, it’s usually in the form of “according to a right-wing blogger at the ultraconservative TheHayride.com.”

But, as with everything including the traditional media, there’s a double standard.

This week, I broke the story about Baton Rouge, Lafayette and Metairie possibly resettling some of the 10,000 Syrian refugees via Catholic Charities which receives federal grants for their refugee and migrant work.

My story is HERE and it provides the entire list of the some 180 cities that could have to resettle Syrian refugees. It’s a massive story because it’s tackling an issue that the Louisiana media willfully ignores.

If there is one subject that the Louisiana media refuses to report on, it is immigration and anything related to it.

So my story breaks and then suddenly, last night, FOX8 News creates their own story and calls New Orleans immigration services over at Catholic Charities to find out if they had received any Syrian refugees.

Basically, the FOX8 read our original Hayride report, riffed off of it by calling Catholic Charities and then gave the Hayride zero credit for breaking the story and giving them the idea to actually do their job.

Then, today, WAFB in Baton Rouge concocted an identical story to FOX8’s story. They called Baton Rouge Catholic Charities and got some information about the possibility of Syrian refugees resettling in the area. Again, the Hayride is given no credit.

The real issue is that doing this gives the illusion that the Louisiana media cares about the refugee crisis that could impact residents in New Orleans, Baton Rouge, Lafayette and Metairie. But they don’t. They simply saw how well-received our exclusive story on the issue was and then copied it, giving us no credit, and then acting like they were going to report on the issue from the beginning.

And it’s not just this issue. When our Editor-in-Chief Scott McKay broke the news a couple days ago that Jay Dardenne’s campaign manager Jay Vicknair had begun working for Sen. David Vitter (R-LA) in his gubernatorial bid, the Times Picayune quickly swept up the information and did not source McKay or the Hayride at all.

However, there’s a total double standard because we are conservatives reporting news from conservative perspectives and offering commentary that the traditional Louisiana media does not offer.

See, when liberal blogger Lamar White broke a story about Steve Scalise speaking at a white nationalist event years ago, MSNBC, the Washington Post, the Times Picayune, the Advocate and every other media outlet that republished the story, specifically mentioned that White was a liberal blogger who broke the story.

When liberals break news, they get glossy profiles in the Huffington Post about how fabulous and smart they are. When conservatives break news, our scoops and exclusives are stolen from us and republished with no sources by FOX8 and WAFB.

So in case you didn’t already know, the Louisiana media slants heavily to the Left. So it only makes sense that they would steal our exclusives here at the Hayride because stealing what is not yours is just part of being liberal.