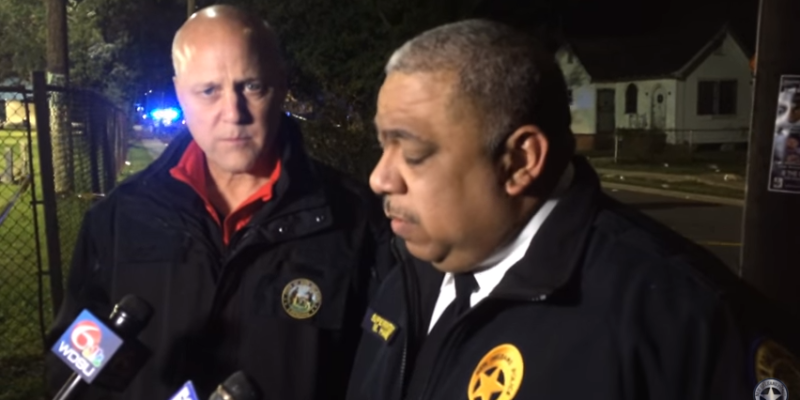 What? While 500 people were out filming a music video, apparently two gunmen began shooting aimlessly at the crowd. The music video was apparently coordinated through social media and the New Olreans Police Department (NOPD) said they were unaware of the event, which did not have a permit to use the park.

The shooting followed a second-line parade from the Nine Times Social & Pleasure Club, which was only a few blocks away from the scene of the shooting. Toward the end of the parade, the crowd kept heading towards the park, while the NOPD began to disperse, according to eyewitnesses. Then, as soon as gunshots were heard, police were on the scene.

Police said they were going to break up the scene at the park when they heard gunshots. Apparently, there were two groups of people at the scene: Those who followed from the second-line parade and those who showed up to shoot the music video.

Eyewitnesses said they saw multiple people laying in the grass of the park immediately following the shootout.

Where? Bunny Friend Park and Playground in New Orleans’ Upper Ninth Ward at around 6 pm last night. The city’s Ninth Ward is known for its high-crime rate, alongside New Orleans East.

Who? A manhunt is underway in New Orleans for the gunmen involved in the mass shooting. Though, NOPD has not released any descriptions of the suspects. Of the 500 who were gathered at the park, 15 individuals were taken to nearby hospitals to be treated for gunshot wounds.

Here’s the full list of victims shot in the shooting:

What did Mayor Mitch Landrieu say? Landrieu has attempted to downplay crime issues in the past, especially when they make national headlines like this incident. At a press conference last night, Landrieu said authorities did not know yet whether the incident was gang-related, but did say that the incident was an “infuriating circumstance.”

Landrieu also said that “at the end of the day it’s really hard to police against a bunch of guys who decide to pull out guns and settle disputes with 300 people between them.”

Additionally, Landrieu called the shooting an “act of domestic terrorism.” However, this kind of violence is not uncommon in the city. Earlier in the year, and last year, there have been multiple shootings in crowded areas that have injured five or more victims.

Stay with the Hayride for the latest news on this developing story.