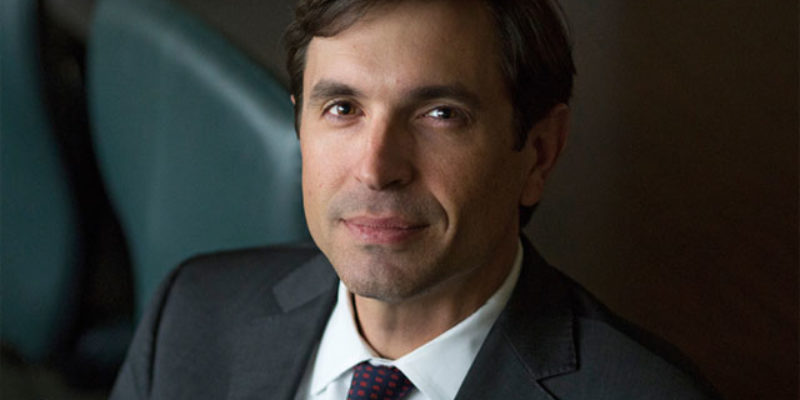 A statement from Stephen Waguespack, who was accused earlier tonight by Bob Mann of “engineering” the blockbuster endorsement of the Louisiana Association of Business and Industry, which he heads, for David Vitter today…

“Our economy is struggling. In Acadiana and the bayou region, the energy-related jobs we have grown used to are in peril. In North Louisiana, they long to see more of the investments seen in South Louisiana. Jobs are the top issue in this race and no one seems to want to talk about it.

“Employers of all sizes from across the state are very concerned with Rep. Edwards’ voting record. It clearly paints a picture of an official who thus far has opposed the policy issues that will help grow our economy. Rather than defend those votes, his campaign mouthpieces simply resort to personally attacking anyone who brings up his record. That is their right, but voters should look beyond these smokescreens to get the truth about their candidate’s positions on the topics that matter to our state.”

Whether LABI’s four PAC’s will back the endorsement with an ad buy or not, we don’t know. They’re not really set up for that – after all, they’ve only endorsed in the governor’s race three times in the last nine cycles. Those PAC’s are set up to play in legislative races, and there are still a good many of those left.

But LABI’s members are engaged in the race. The Fund For Louisiana’s Future, which is Vitter’s Super PAC, has taken in $457,000 since Nov. 2 and most of it comes from LABI member companies and affiliated organizations. LABI didn’t coordinate any of that money, but it’s a reflection of the business community’s support of David Vitter.

Some of what Vitter has raised comes from the oil and gas industry, and this comparison is circulating among folks in that business… 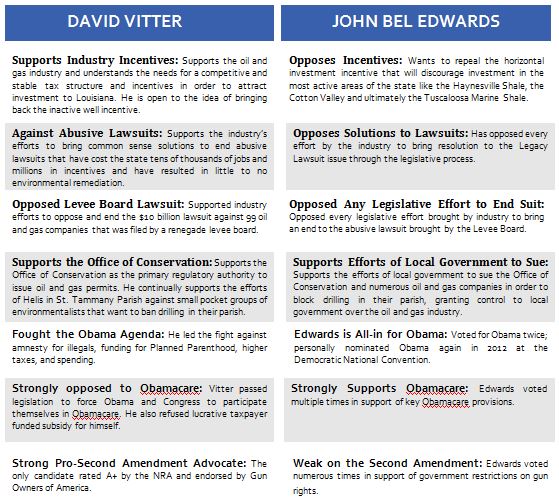 So it’s hardly a question of a Bobby Jindal “flunky” – that would be Waguespack, whom Bob Mann has assailed repeatedly with calumnies and invective galore, and whom John Bel Edwards put under attack immediately following the primary – “engineering” the LABI endorsement. The state’s business community is rightly terrified of John Bel Edwards, for the same reason the unions are pouring in every nickel they can scrape together for him.