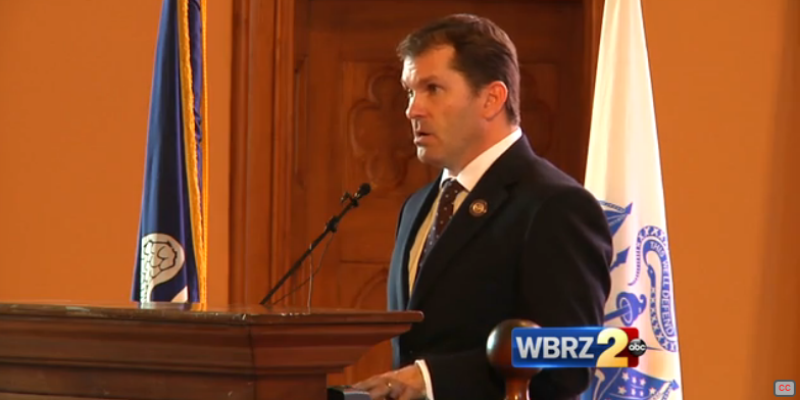 Veteran Mike McNaughton, who now works for the Louisiana Department of Veterans Affairs which Vitter has worked closely with, said veterans should never be used as a way to promote political candidates.

Here’s McNaughton’s statement below and here is where you can watch his speech:

Mike McNaughton who currently works for the Louisiana Department of Veterans Affairs was the keynote speaker at the event held at the Old State Capitol. In his speech he said he wants politicians to stop “using” veterans to get elected.

McNaughton said the ad was “sad” and added, “if you’re a politician and you’re trying to get votes, don’t use veterans or veterans who have payed the ultimate sacrifice.”

Edwards in the front row at the event accompanied by his wife and said afterwards that he still disagreed with McNaughton on the issue, though he was forced by pressure to remove images in the ad that depicted US Veterans’ graves.

Oddly enough, the Baton Rouge Advocate made no mention of McNaughton’s statements towards Edwards in their report of the event.

Edwards’ attack ad has been called the “most vicious” attack ad ever by Meet The Press commentators.