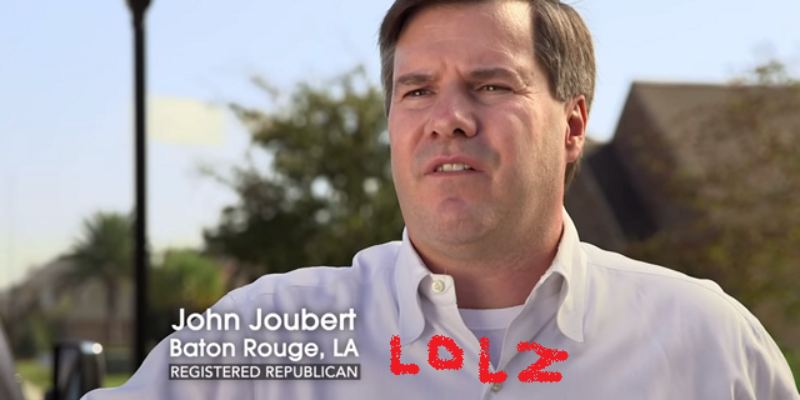 Today, the trial lawyer funded Gumbo PAC released an ad featuring “Republicans” who will not vote for David Vitter in the runoff.

One of those “registered Republicans” featured was Baton Rouge trial lawyer John Joubert. It turns out that Joubert likes to donate money to candidates. The only problem is that hardly any of them of Republicans. For example, Joubert has given $3,950 in Federal campaigns. Every single one of those donations was to a Democrat. Among those getting donations were Mary Landrieu, Don Cazayoux, and Charlie Melancon. 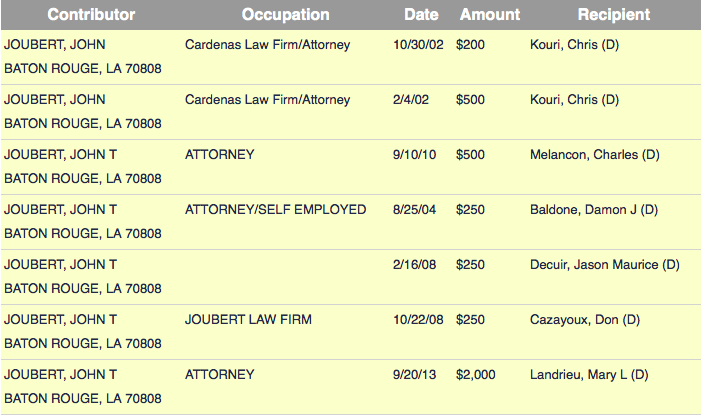 But that’s not all. Not only does Joubert line the pockets of national Democrat candidates, he also spreads the wealth to state Democrats too.

Sure he donates to Republican judicial candidates like Randy Piedrahita and Jimmy Kuhn. He also spreads the wealth to Baton Rouge area “Republicans” like Jonathan Perry, Franklin Foil, and our good “buddy” John Delgado. By the way, these three are not exactly known to their commitment to conservatism.

As for statewide Republican candidates, they’re out. But he used to donate to statewide Democrats such as Kathleen Blanco.

By going through Joubert’s donor history, it shows he’s less of a Republican and more of a trial lawyer looking to preserve his rice bowl of privilege. Joubert is appearing in Gumbo PAC’s ad because he knows that David Vitter likely push for aggressive tort reform and that’s the last thing that trial lawyers like Joubert want.