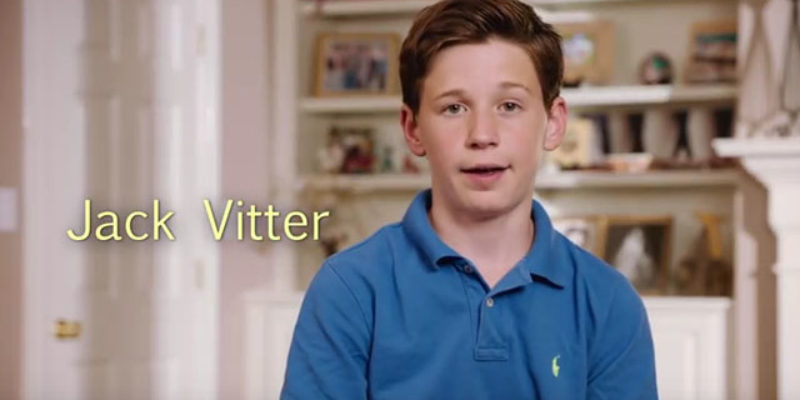 It’s a cute ad, and it’s aimed at doing two things. First, softening Vitter’s image – the Daily Kos called it his “I’m not a complete a**hole!” campaign, which comes off a little like projection. And second, it’s an effort at showing persuadable voters who the people are catching collateral damage from all the deeply personal shots demonizing him.

Wendy Vitter already appeared in an ad telling Louisianans her husband would be a great governor. Now Jack is doing it. Whether it was because Wendy’s ad didn’t work or because it was snowed under among a string of strange and sensational news events leading up to the primary, the needle moved in the wrong direction as that ad ran. This one seems to be coming at a time when the Senator has caught a bit of positive momentum.

And one wonders why it wasn’t out front earlier, in order to foreclose some of the more salacious attacks on Vitter from his primary and runoff opponents.

Interested in more national news? We've got you covered! See More National News
Previous Article PRAGER U: George Will On The Corruption Inherent In Campaign Finance Reform
Next Article The Low Popahirum, November 17, 2015