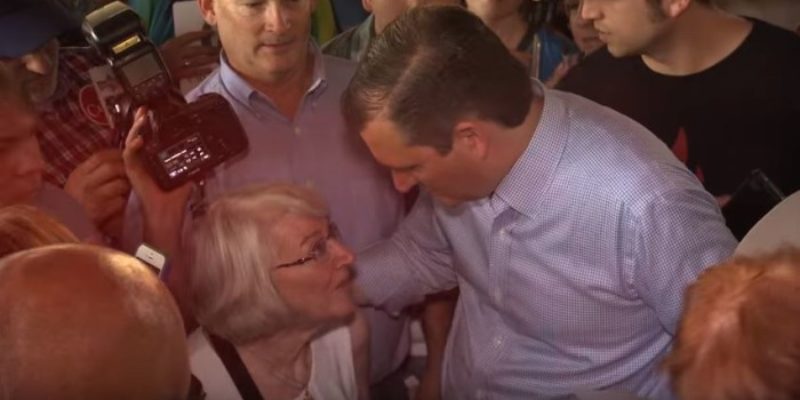 Here’s a :60 spot done by Keep The Promise I, which is a pro-Ted Cruz PAC run by star GOP pollster and consultant Kellyanne Conway, and it just hit YouTube yesterday. Hasn’t busted out yet, and if it’s on TV we haven’t seen it (if you’re in Iowa you probably have).

Yes, we’re on a Ted Cruz kick here this week, for a reason: Cruz is making his move. And to the extent that the Donald Trump/Muslim controversy is going to frighten away Trump’s voters it’s Cruz who’s in position to reel them in.

Cruz is, if you look at the fundamentals of the 2016 race and the performance of the candidates to date, the most likely nominee of the bunch.

And with this kind of messaging, which ought to appeal to a wide swath of the electorate not just on the Republican side but in the general election as well, he’s more than just a nominee. An ad like this can help make a president.