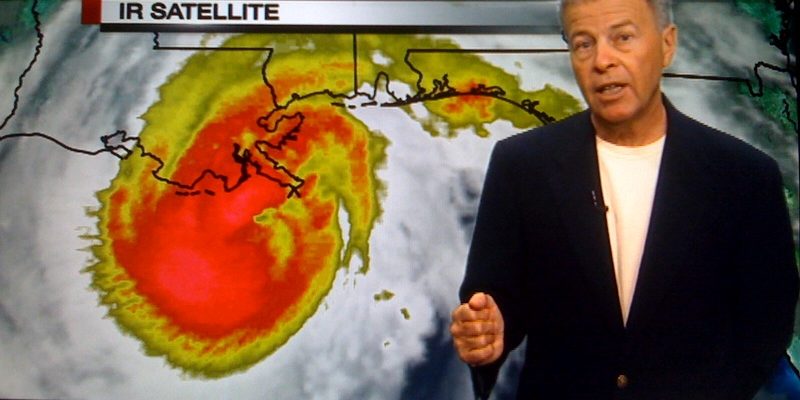 FOX8’s energetic and hilarious Bob Breck is everyone’s favorite weatherman who unloaded on the issue of climate change yesterday.

Breck took to his Facebook page to discuss the truth about climate change amidst President Obama’s visit to Paris for a climate change summit. Now, the post is sweeping social media with already over 200 shares on Facebook.

The media is having a feeding frenzy with the Global Warming talks set to begin in Paris. There are several things that bother me. Where is the debate on Global Warming? There is none. The climate modelers & “scientific” community won’t allow it. The media won’t allow it. Every day is story after story quoting the PR firms hired by our government trying to get you to believe man can stop the climate from changing. USA Today (A big AGW backer) ran a story on “website puts target on climate change in Arctic”. Get this…”the venture is a partnership with the Centre for International Governance Innovation”. Huh? International Governance? Translation…higher taxes on the folks who use energy to live. More power, more control over the World. Is that what we want? Let me state once again my stance. Climate has ALWAYS been changing (Visit the Grand Canyon) over the billions of years of Earth’s history. Weather & Climate operate in CYCLES and past history has indicated that. Climate models have not been accurate and cannot resolve the complex interactions of the land/ocean systems of the World. CO2 is not the DRIVER of climate change. Ocean currents, the sun’s radiation changes, volcanoes, changes in Earth’s Orbit are the drivers of climate change, not a trace gas in the atmosphere. We can spend billions trying to reduce our “carbon footprints” & that will not stop what the climate will do in its natural variability. Far better to spend that money on things we can fix…world hunger, homelessness, illness. There is some truth on both sides of the issue, but no debate is allowed since the government is involved and controls the message THEY want out. At a time when crime nationwide is increasing, terrorists attack nation after nation, our leadership is more focused on Climate Change. It is now like a religion since no tolerance for other viewpoints are allowed. Ask yourself one question. If you are so sure of the truth, why do you have to hire multiple PR firms to spread your gospel to the “simple folks”? Paris will dominate the headlines for the next 2 weeks. Where there is money involved, power follows.

Locally, we will finally see a cold front move through but not until late Tuesday. This will bring us back to more seasonal temps after 6 straight days of 75+. Some showers will be with the front and sweaters and jackets will be needed for the rest of the week.
Bob Breck

Breck will be retiring from FOX8 as their Chief Meteorologist after decades of hurricane and weather coverage with the media outlet.

However, Breck will remain with FOX8 as a ‘Hurricane Expert’ during hurricane season.