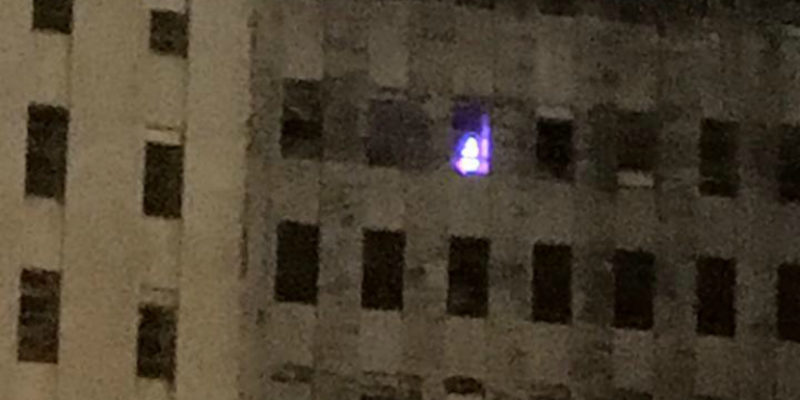 Yesterday, images of a light illuminating out of the New Orleans abandoned Charity Hospital building began circulating on Facebook. 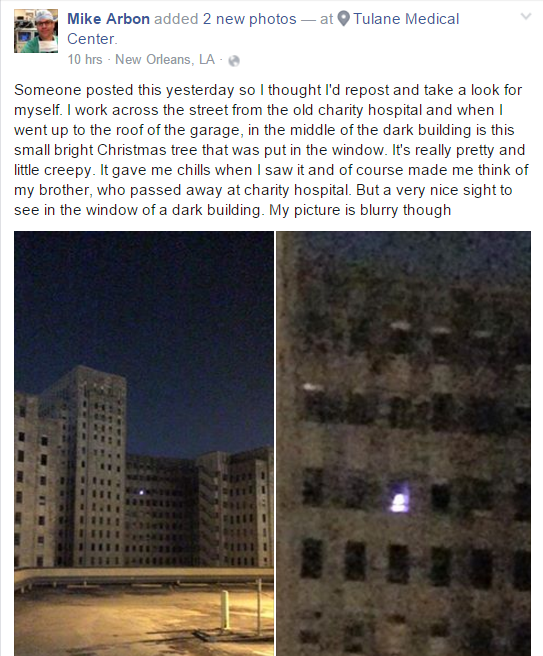 Once the image reached over 6,000 shares on Facebook, WGNO reported that the light coming from the abandoned hospital is actually two two-by-fours (wood planks) that are wrapped in Christmas lights. Apparently the incident is being treated as a break-in.

Charity Hospital has been closed in New Orleans since Hurricane Katrina back in 2005. Police have apparently already removed the lights and two-by-fours.