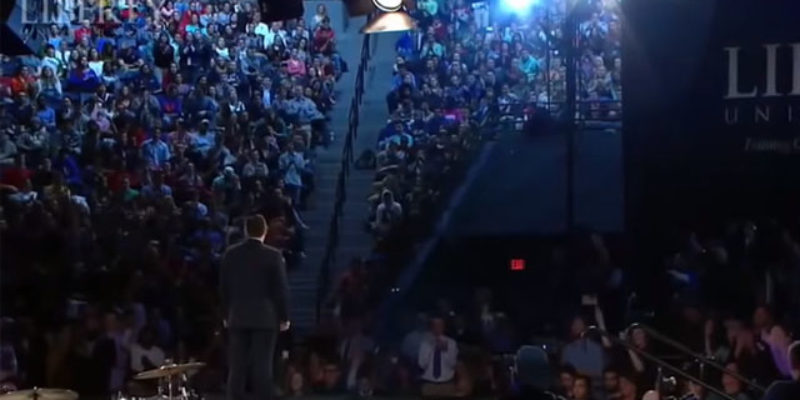 Since we’re on the Ted Cruz kick today, it’s only right that we should have the biographical video one of the PAC’s supporting him did. This got leaked over the weekend to GotNews.com, and made its way to YouTube from there.

It goes 11 minutes and change, and it’s fairly inspiring stuff.

Cruz needs a lot of stuff like this, because he doesn’t have the “friendly” image that some other presidential candidates have – Marco Rubio being a perfect example. Cruz’ reputation is that he’s a bomb-thrower and something of a demagogue, or at least that’s how the Beltway establishment crowd likes to tag him. And because he doesn’t equivocate he’s caricatured as someone without a lot of warmth to him.

But Cruz does have some weapons against that caricature, because as the video shows he is a flesh-and-blood human being. He’s a passionate guy with an interesting life story, he has a record of principled achievement – the video probably could have discussed some of the very interesting accomplishments Cruz racked up while on the Federal Trade Commission, and some of the terrible policies averted thanks to his work in the Senate – and he tends to grow on people.

Based on that poll by Monmouth University earlier today, Cruz does seem to be growing on the people of Iowa. We’ll see how he grows on the rest of the country.

Interested in more national news? We've got you covered! See More National News
Previous Article Fleming Announces He’s Running For The Senate
Next Article EXCLUSIVE: Mitch Landrieu Has Had The Votes To Remove New Orleans’ Historical Monuments From The Beginning