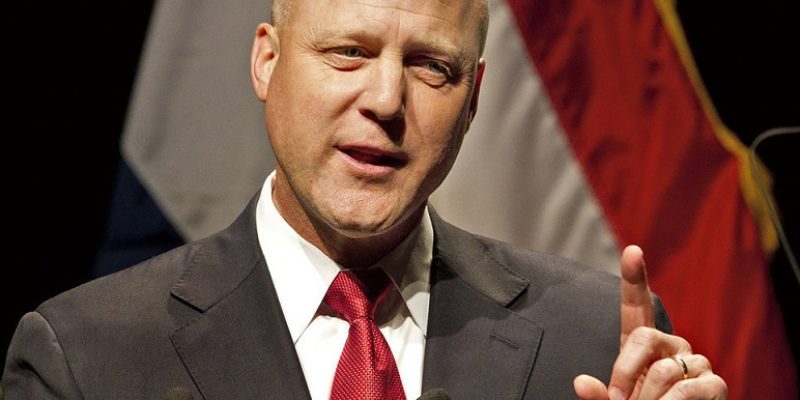 Mayor Mitch Landrieu of New Orleans is pointing fingers again, just as the city he governs seems to be getting more violent by the day.

Landrieu took issue with GOP presidential candidate Donald Trump’s statements in which he called for Muslims to be banned from entering the country for the time-being until the federal government creates a more robust refugee/immigration admission process.

Landrieu said Trump’s remarks were “absolutely disgraceful,” and said the country must reject his “poisonous rhetoric, which is reminiscent of David Duke’s racism.”

Ironically, Landrieu went on to say that Trump’s proposal was “dangerous.” And if anyone knows dangerous, it is Mitch Landrieu.

What is actually is New Orleans’ ever-growing crime problem under the helm of Landrieu. Since last year, the city’s murder rate is already 14 percent higher.

Likewise, rape is a whopping 56 percent higher than it was last year, with 269 rapes in 2015 through the month of September.

Armed robberies are also one of the fastest-growing crimes in the city, with an uptick of 3 percent compared to last years’ numbers.

Even worse are carjackings in the city of New Orleans. Just this year, there have already been 145 carjackings for September. Compare that to 2013’s number of carjackings which was only 53 for the entire year.

Of course, none of this crime data mentions the mass shooting which recently occurred in the Upper Ninth ward which left 17 bystanders wounded and some may never be able to walk again.

With such problems in a city like New Orleans, it is strange to think Landrieu would be out wasting the time and energy to criticize national political figures, calling their proposal “dangerous,” especially when his track-record is one that screams danger.