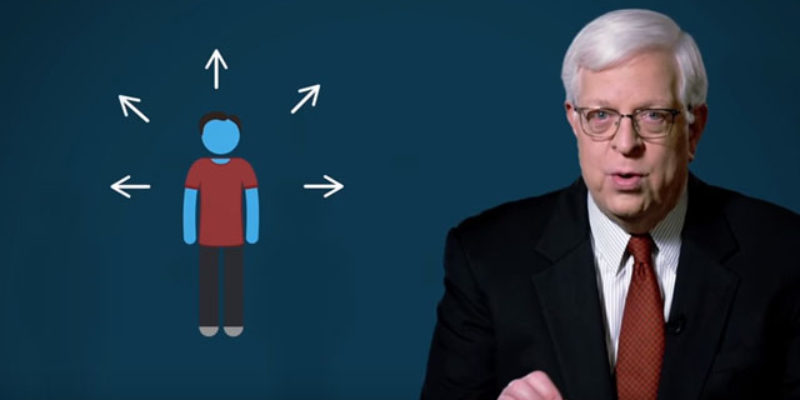 This might actually be the best Prager University video yet, as it focuses on something absolutely fundamental as a difference between the Left in America and the Right – namely, the placing of emphasis on where society may be improved.

Most conservatives don’t find anything particularly redemptive in politics, and in fact hew to the maxim that the more government you apply to a problem, the more likely you are to engender waste, fraud and abuse while surrendering individual freedom. And so when seeing social problems like the welfare population, or crime and prisons, conservatives look to self-destructive human behavior as the cause and ask how the incentives which created the bad behavior might be changed.

On the Left, the answer is always found in pursuit of what Barack Obama called “collective salvation.” The answer isn’t that the single mother in that minimum wage job needs a better job, it’s that we need to pass a law that the minimum wage be high enough she can live on it even without learning skills. The answer isn’t to nudge people off welfare; it’s to use the welfare state to eliminate income inequality. It isn’t to change the culture on America’s mean streets so that crime is a less attractive option and there is less necessity to imprison people, it’s to be more lenient with criminal sentencing.

The answer isn’t to improve human behavior, it’s to tilt the playing field.

Dennis Prager himself delves into this in more detail, and it’s very, very good.

Interested in more national news? We've got you covered! See More National News
Previous Article Here Are Four Very Interesting Things To Watch For In The U.S. Senate Race
Next Article PRAGER U: How To Deal With Painful Realities