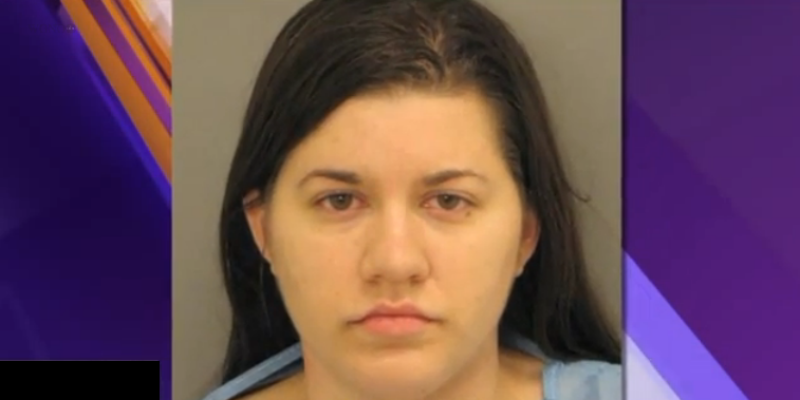 A Destrehan High School geography teacher has been arrested and charged for allegedly having sex with a female student of hers.

Kimberly Naquin, 26 years-old, of Destrehan High was arrested by the St. Charles Parish Sheriff’s Office yesterday and booked with carnal knowledge of a juvenile, and a felony charge of prohibited sexual conduct between an educator and a student.

Officials only found out about the sexual affair between Naquin and her student through a family member of the victim.

St. Charles Sheriff Greg Champagne told the media during a press conference that the female student admitted to the relationship, stretching as far back as September 2014 and ending around August 2015.

Apparently, most of the sexual trysts between the teacher and student occurred at Naquin’s home in Kenner, La. However, the student also said that a couple of incidents occurred in a classroom at Destrehan High School and at a home in Destrehan.

Naquin is being suspended without pay by the St. Charles School System.

This is not the first case of teacher-student-sex controversies at Destrehan High School.

Both Dufresne and Respess were teachers at Destrehan High School when the incident occurred. According to the Kenner Sheriff’s Office, the two teachers met up at Respess’ apartment with the male student after a high school football game on Sept. 12, 2014.

While at Respess’ apartment, the three had sex simultaneously until the early morning hours of Sept. 13. Dufresne is also facing charges for the incident in St. Charles Parish.

Interested in more national news? We've got you covered! See More National News
Previous Article The Battlefield, 1-15-16 – The New York State Of Mind
Next Article #FAIL: Not Only Did John Bel Edwards Lie About Who Gets The Credit For Fixing I-10 In Baton Rouge, He Lied About Every Aspect Of The Story